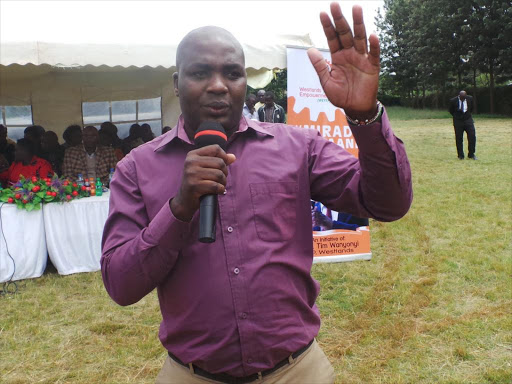 Kitisuru MCA Alvin Palapala has dismissed claims that he was not cleared by Orange Democratic Movement election board describing such as rumors.

Addressing the media Alvin has called out his competitor Pastor  Amos  Okolo to stop hiding in a shell and face him head on  in  ODM party nominations.

“I know Amos Okolo is the one  spearheading these nonsense but I want to tell him to come out and face me …I have been cleared by ODM and he should not use such  to confuse my ardent supporters I shall deal with him in the ballot but the best thing  is to face me head-on not through mere propaganda,” Alvin said.

He further described Amos as non-starter who plays village politics and have  nothing to offer to the people of Kitisuru.

“We have been I this game for long and I want to ask my supporters to ignore this nonsense am on the ballot and my  people should not be shaken.” He added.