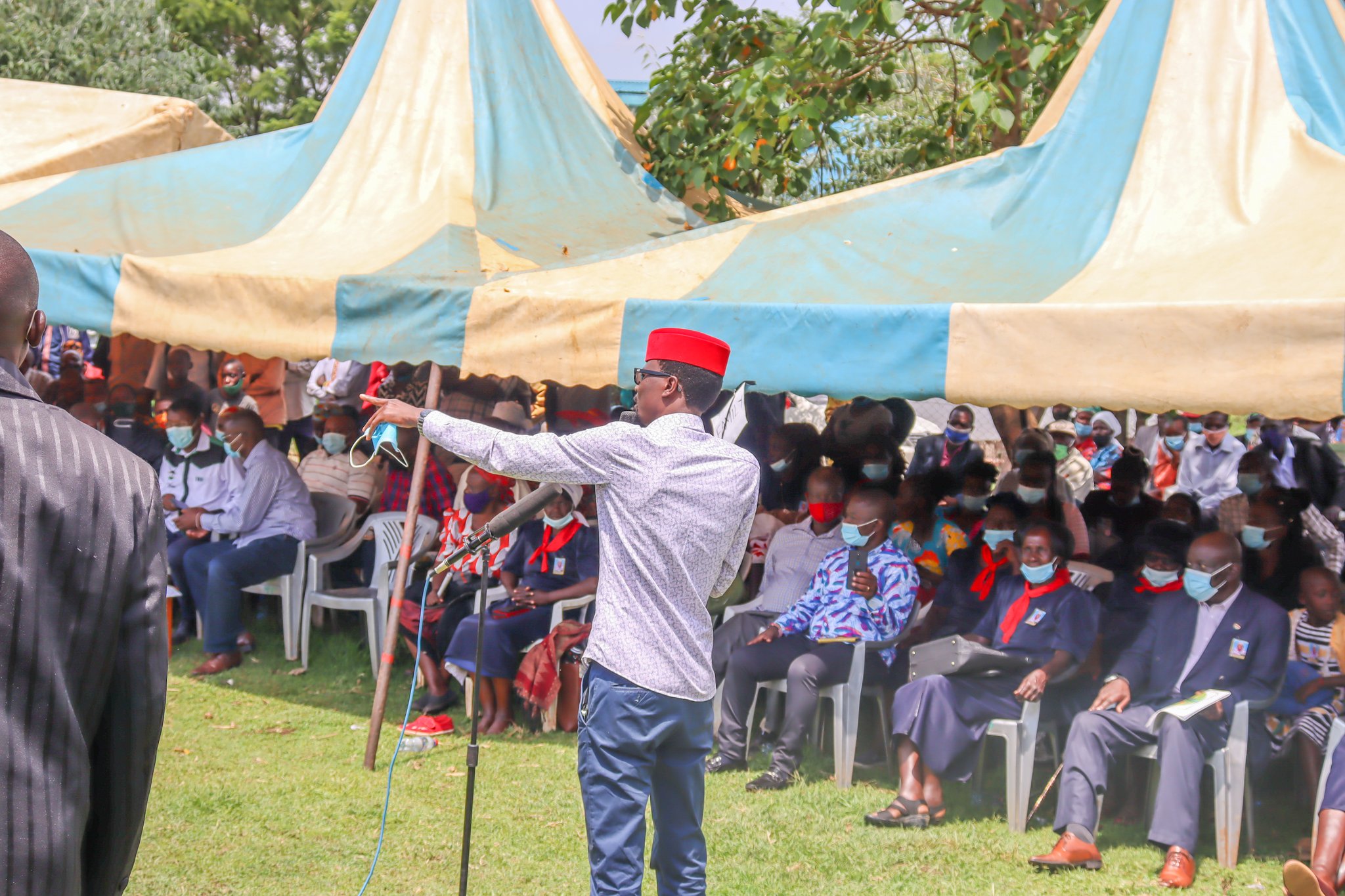 This is after the said the said goon emerged from the crowd and grabbed the microphone from Hon Didmus Baraza who was addressing Mourners and tried to wrestle him down.

“If you shout at a leader when he is speaking to you, you will never give birth to a leader in your house. Respect me kindly and let me speak my mind, and when your time comes you will be given a chance to address and speak your mind” Baraza stated.

The vocal legislator took his kindness to another level by recuing the person and taking him to hospital.

Baraza Eulogised the late as an ardent champion of education to a level she earned herself the name Omukhana wa University which Literally translates to the University girl.

The alleged Goon who is said to work for  Governor Wangamati is currently hospitalized at Kimilili Subcounty hospital.