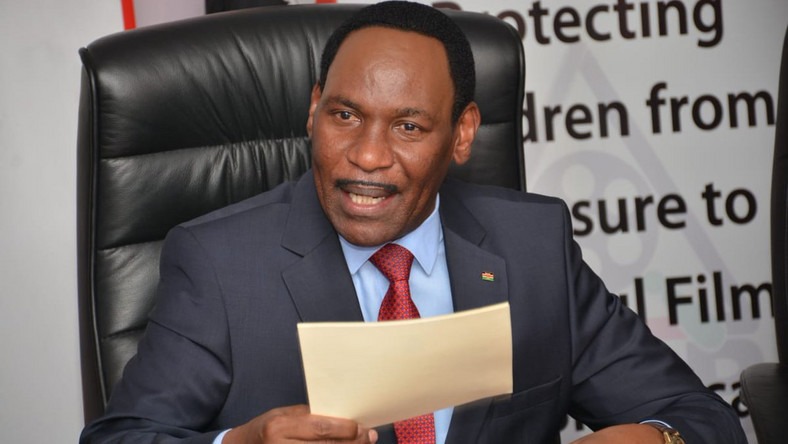 Ezekiel Mutua has been eased from his duties as the Chief Executive Officer(CEO) of the Kenya Films and Classifications Board (KFCB).

Mutua has been holding the post for six years.
Christopher Wambua from the Communications Authority of Kenya will be the acting CEO until the replacement for Mutua is found.

Mutua had denied reports going round on social media Thursday night that he had been fired saying he was not aware of it.

” My attention has been drawn to reports on social media to effect that I have been fired as CEO of KFCB. PLEASE IGNORE such malicious rumoours. I am not aware of such developments and there can be no grain of Truth in them as there’s no Vacancy in the office of the CEO KFCB,” he said on his official Tweeter account.

The news of his firing was broke on Tweeter by the Senator of Makueni County, Mutula Kilonzo Junior.

” Ezekiel Mutua unlawfully removed by Cabinet Secretary Mucheru as CEO after being lawfully appointed by the Board. Laws are mere suggestions for this administration,” Kilonzo Tweeted.