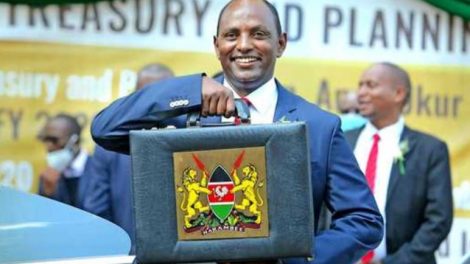 The chairman said the increase of tax on tobacco products will help reduce their consumption.

“We are thankful for the budget that was read. Despite it being a huge budget we are looking at what we have been Fighting for. This simply shows that the government has heed to what we have been calling them to,” stated Gitali.

Gitali has called on the leaders to ensure that it is fully implemented. He accused them of lowering the tax in the past budget from what had been presented on during the reading of the budget.

“During the reading of the 2021/2022 budget the CS has suggested a tax of 5000 per kg of every tobacco products but the MPS lowered it to 1200 per KG. We call on the chair of the finance committee to ensure that it remains as it is,” he added.

The chair further on said Universal Healthcare cannot be achieved when some of the politicians are using the youths during this campaign period where the money given to them is used to get drugs including nicotine and tobacco products.

“During this campaign period, many politicians are fond of using the youths because many are unemployed to cause violence. Some buy them drugs including nicotine and tobacco products, alcohol and many more so that they can fight their opponents; we strongly condemn it,” said Gitali.

If the current budget 2022/2023 is passed, Treasury CS Yatani proposed to change the taxation regime for liquid nicotine from the current shillings per unit to an excise duty of Sh70 per millilitre.

This move will be made in order to curb the “easy availability” of liquid nicotine used in the devices to school-going children and the youth.

“In financing, this kind of “science”, the industry’s motive is of course financial gain, power and influence and not the health of our young ones.” he added.