Kenyas construction Industry to grow by 3.9% 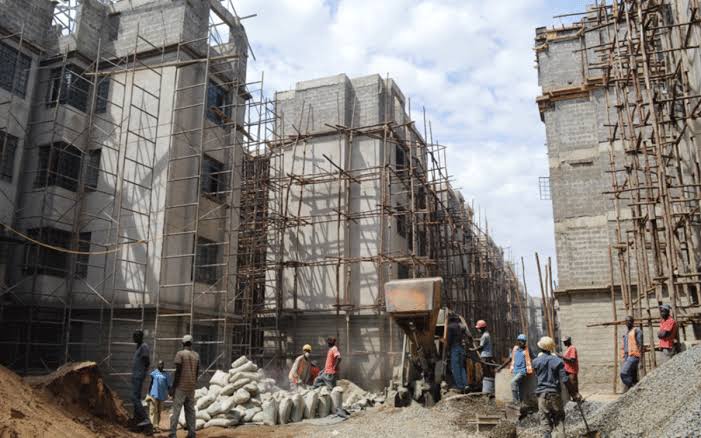 The Architectural Association of Kenya projects the construction industry to grow by up to 3.9 percent this year, assuming there is no repeat of the strict lock down similar to last year.

In its Status of the Built Environment report, the Association says growth will be driven by a sharp recovery in output levels compared to periods when works were not permitted or were severely restricted in 2020,.

The report notes that the second quarter of the year, for instance, recorded high growth Year-on- Year.

Growth will also be particularly propelled by huge infrastructural investments by the Government.

These include the ongoing construction of the Nairobi Expressway as well as the Lamu Port under LAPSSET.

Other factors that will drive the sector’s growth and recovery include the dueling of the Nairobi-Mombasa Highway as well as the implementation of the affordable housing agenda.

“Important to note however that is the growth of the real estate and construction sectors will be pegged on the overall performance of the economy,” the report notes.

“The contraction in the country’s economy was also felt in the built environment.  Presently, the Treasury has projected that Kenya’s GDP will grow by 7 percent in 2021,” the report notes.

During this year’s budget reading, treasury increased the allocation for construction of affordable houses, in a bid to deliver the low-cost units in President Uhuru Kenyatta’s last year in office.ADVERTISEMENT. SCROLL TO CONTINUE READING.

Treasury Cabinet Secretary Ukur Yatani said Sh13.9 billion has been set aside for the affordable units in the year starting July, a 100 percent jump from Sh6.9 billion in the current year.