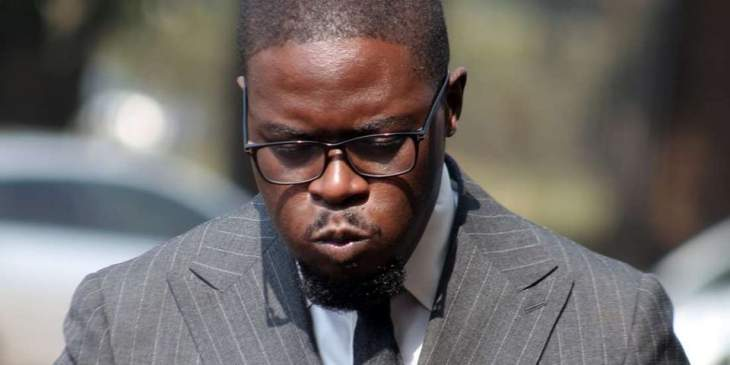 Nairobi Kenya Kwanza Youth Leaders have accused the government of being behind the woes of Nairobi Senator Johnson Sakaja.

This is after the Commission for University Education (CUE) revoked Sakaja’s Degree certificate which he presented for clearance at IEBC to run for Nairobi Governor.

Speaking to the media on Wednesday June 14, the youths led by one Samuel Masaki ,the Kenya Kwanza Youth Wing President say that CUE Chairman Nyaigoti Chacha Nyaigoti should come out clearly and state that it is being pressured to block Sakaja out of the Nairobi Gubernatorial race and that he should name the state officers behind the move.

‘We know that CUE is being pressured by the Executive and the Deep state to block Sakaja from running. The deep state here being people in power who are using the said power to suppress others. We know them and we want to tell them they should desist from that,’ Masakai said.

They have claimed that Sakaja is a well known public servant having served the nation in various capacities including being the current Nairobi Senator.

The Commission for University Education (CUE) revoked the recognition of Nairobi senator Johnson Sakaja’s degree from Team University in Uganda.

In a letter dated Wednesday, June 15, 2022, CUE said that it had received material information concerning Sakaja’s Bachelor of Science in Management degree from Team that put doubts on the authenticity of the degree certificate.

“The Commission for University Education has, however, received material information about the authenticity of the degree you presented from Team University that will require further investigation to ascertain the validity of the said degree certificate. Consequently, in accordance to the CUE recognition procedures, we hereby revoke the recognition of your degree – Bachelor of Science in Management (External) from the aforementioned university,” the letter read in part.

Initially, the commission said that it has received information from the Ugandan government stating that he graduated from Teams University and that the degree certificate is genuine.

He was cleared by the electoral commission to vie for the Nairobi gubernatorial seat in August polls using the Teams University degree certificate.