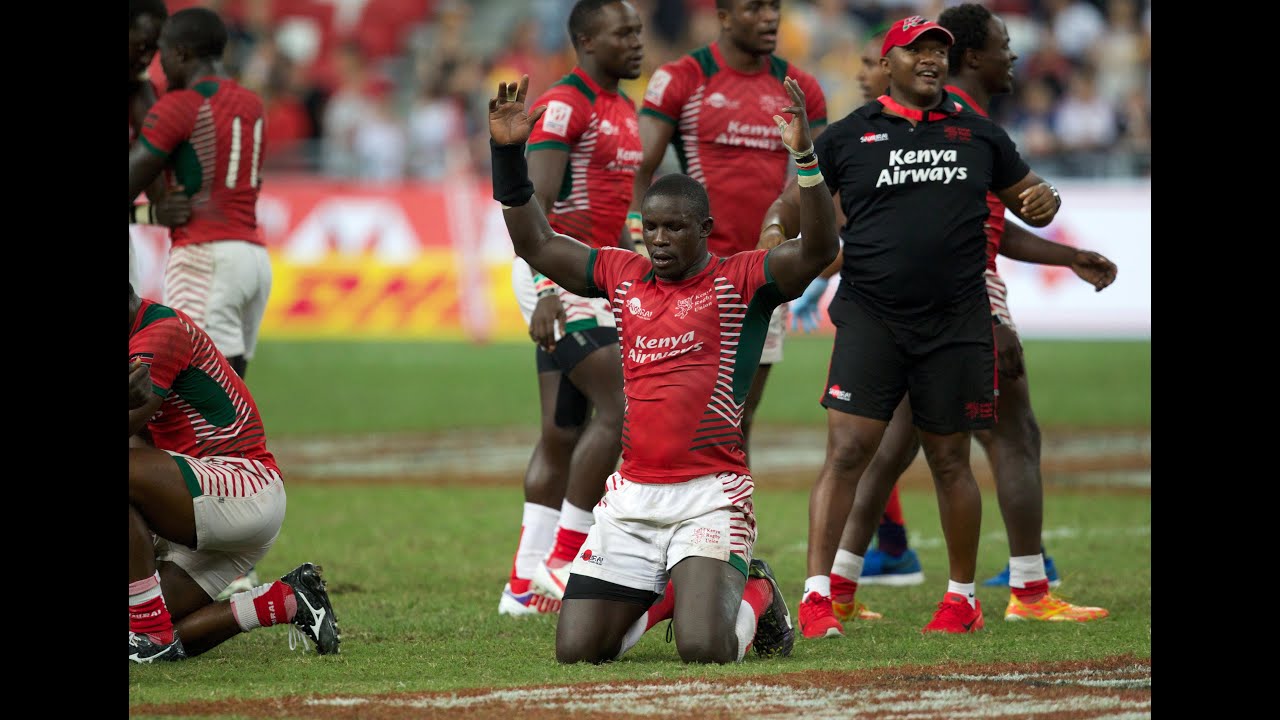 Kenyan national sevens team coach Innocent Simiyu believes that the last 90 seconds of the match against USA at the 2020 Olympics were very crucial. Kenya Rugby Sevens lost their match today against USA. They were leading in the final minutes but they didn’t maintain it to the last minute.

Coach Simiyu pointed out that the team went more into direct contact when they would have concentrated on the open spaces which could have given them a high chance of getting tries.

“We started slowly and that was a challenge we had, but the boys managed to dig in and get back into the game. I believe we had a key moment with 90 seconds to go where we had a chance to close out the game but we did not manage,” Said Simiyu.

“We will pick up from the next game which is a must win against South Africa,”he added.

The last 90 minutes that Simuyu was talking about was when he thought Kenya had scored a try through Willy Ambaka, only for it to be ruled out for a knock on after the referee consulted the TMO and from the scrum USA broke forward and scored a converted try for the win.
Rugby Sevens captain, Andrew Amonde said it was a close match, but they now have to win in the next two matches.

“I think it was a very close match and we had our chances but we did not utilize them,” said Amonde

“We are just keeping our focus, we know what to do in the next match. We will just strive and give our best.”

He was also happy with the young players who were making their debut at the Olympics, pointing out that they played very well and were just unlucky to lose after such a good show.

Collins Injera, who started as the captain with Amonde starting from the bench said he knew it was always going to be tough against USA.

“We knew it was always going to be tough. The pool is some sort of a dogfight pool and that is the reason it was so close. We have to pick ourselves up and forget about this loss and focus on the next one,” Injera said.
The Kenya Beach Volleyball Team also loss to Brazil during their first match today but they hope to improve in the subsequent Matches.