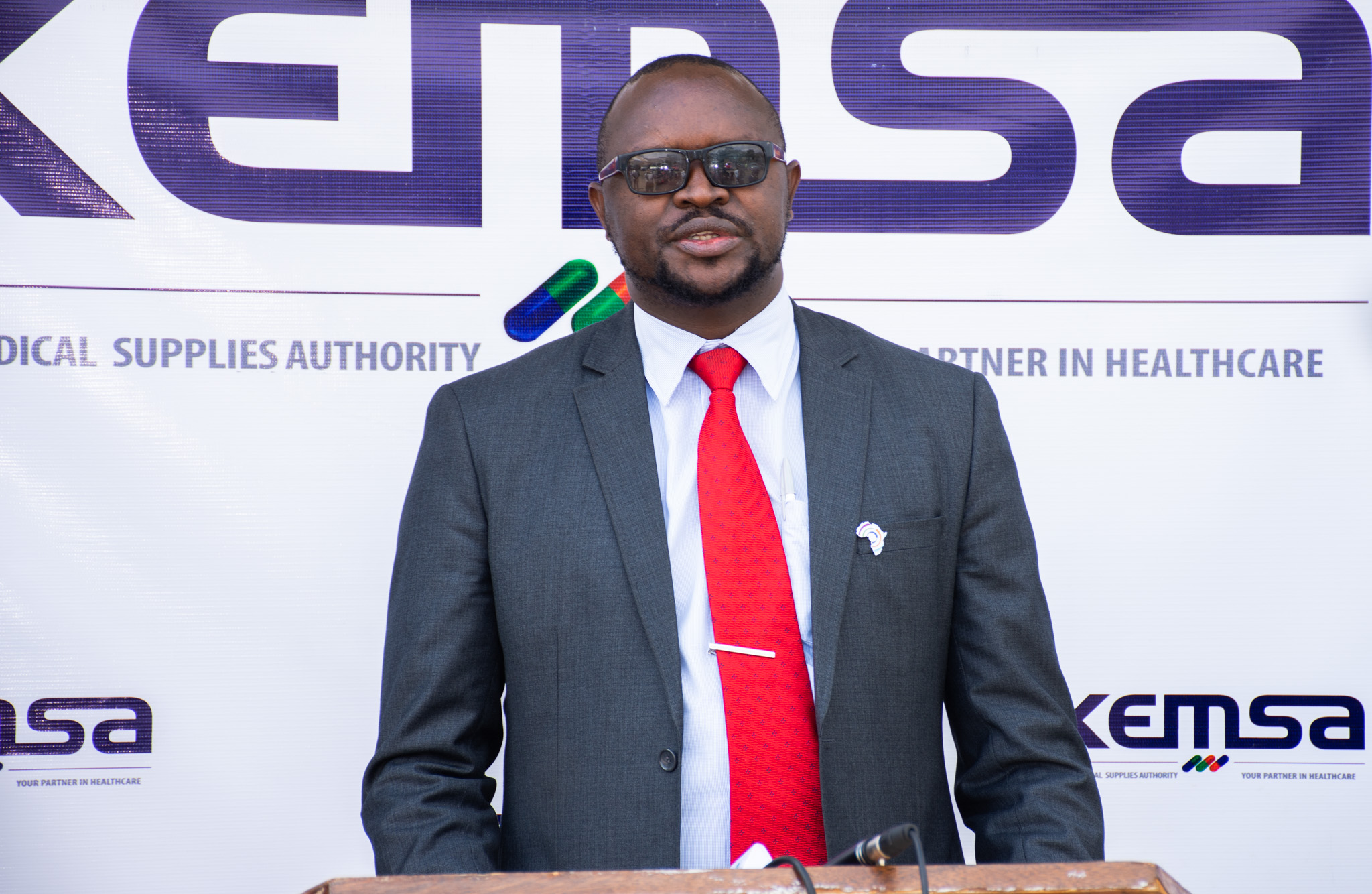 As part of the reforms, the Authority has reduced its Order Fill Rate from 46 days in February 2021 to 16 days at the end of February 2022. The Authority also managed to dispatch Essential Medicines and Medical Supplies (EMMS) and national strategic priority health programs supplies valued at more than Kshs.9.73billion as at the end of last month to all counties.

This week, Kabuchi confirmed that drought hit counties in Kenya’s Arid and Semi-Arid Lands (ASALs) will be serviced on a priority basis to provide a suitable cushion for primary health management. Such counties, he said, will receive nutritional supplements, rehydration solutions alongside essential medicines.

The Authority, he added, has also stepped up stakeholder engagement efforts led by the KEMSA Board of Directors and Management geared at unlocking the settlement of outstanding dues from several counties valued at more than Kshs 2.7 billion to boost the national scale of the Universal Health Coverage agenda. Increased collections from the counties, he said, will also allow KEMSA to fast track pending payments to its suppliers who include local manufacturers. KEMSA, he said, salutes Kilifi, Nakuru, Laikipia, Nyeri, Meru, West Pokot, Turkana, Kisii and Makueni counties which have no pending bills with the Authority.

“KEMSA has registered a significant improvement in its organisational efficiency that is also highlighted by the improved Order Turn Around Time. Using Information Technology Systems to support organisational agility and simplify business processes, we have reduced the Order Turn Around Time from 46 days in February 2021 to 16 days at the end of February 2022 and automated several functions. As at the end of the first quarter, we successfully managed to record a milestone with the dispatch of Program and EMMS supplies amounting to more than Kshs.9.73 billion. The dispatch of more than 32,000 orders was to more than 7,600 health facilities in all 47 counties,” Kabuchi said.

He added, “All the deliveries made to our esteemed County clients are now backed by internal delivery assurance notes generated through the award-winning KEMSA Electronic Proof of Deliveries or e-POD App. The KEMSA e-POD app keeps track of KEMSA last-mile supplies to the respective health facilities.”

As part of Customer Relationship Management, KEMSA, he said, has also stepped up capacity-building efforts at the county level. The efforts include technical corroboration on operational measures such as improving ordering processes, including inventory management, adherence to quality management and pharmacovigilance.

Several counties are expected to start receiving their medical supplies following the flag off ahead of the Easter holidays.

The supplies headed to Kilifi, Baringo, Marsabit, Samburu, Tana River and Garissa, among other counties, comprise of essential medicines ordered by the respective counties as per the Kenya Essential Medicines List. This list was developed by the Ministry of Health and recognised the disease burdens in each of the counties allowing for tailor-made ordering of Essential Medicines and Medical Supplies (EMMS) from KEMSA.

Late last week, KEMSA confirmed that it had turned a new page in its procurement excellence journey with the formal activation of an automated purchase order generation system.

As part of its transformation journey, which includes integrating information technology systems, KEMSA has unveiled an electronic Local Purchase Order (LPO) generation process. The automation of the Procurement process and elimination of manual procedures that require human intervention, such as the issuance of LPO, is also part of the Authority’s ethics and integrity assurance strategy.