Kapondi: I’ve fulfilled my promise to the people 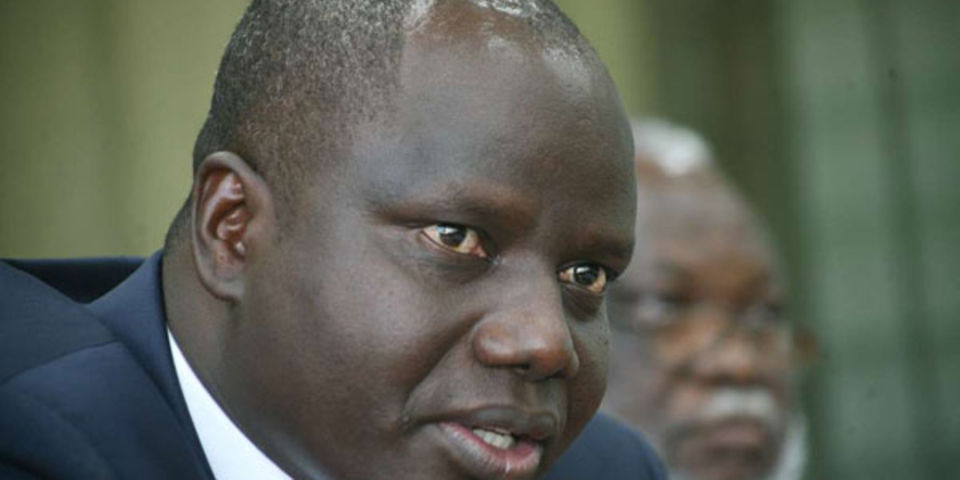 As UDA nominations draw closer, Mt. Elgon Member of Parliament Fred Chesebe Kapondi says he is confident of winning and surpassing all his competitors in the exercise.

The legislator who is loved and loathed in equal measure has affirmed that he has kept his promise to the electorates and he is confident that the 9th August election is a one horse race.

“The nominations will be free, fair and verifiable as it has always been and it is obvious I will take the day,” reiterated the soft spoken principal.

Despite the fact that the legislator hails from Cheptais, he has dismissed allegations that he has favored his region in the CDF allocations leaving out Elgon ward which comprises of Kapsokwony (the headquarters of Mt. Elgon Sub County).

“Those who claim that CDF funds are allocated in favoritism should be living in Utopia and know nothing about what is going on in Mt. Elgon region, if anything, Elgon ward has benefited immensely on fund allocation thus far,” he commented.

Citing but a few examples, Kapondi noted that Kapsokwony High School received 5 Million Shillings for Bishop Chemengich dormitory reconstruction after it was razed down. The CDF also paid 2 Million Shillings on behalf of parents after Kariuki dormitory was burnt down.

The legislator further noted that he has majorly focused on infrastructure and education which he is so far proud of. Examples of schools which have benefited from acquisition of land and construction of classes are: Kwen Primary School, Kananach, Chepkui and Koshok Primary Schools.

“I have ensured that about more than 3 schools get at least 3classes from every financial year’s allocation so that I can balance the funds received from the National kitty. I want to ensure fairness and equity especially in the education sector which we have been a little backward in the recent past,” reiterated Kapondi.

The construction of a Medical Training College has been one of the most controversial projects in Mt. Elgon and as such it has been politicized by many.

Responding to the matter, Kapondi noted that the KMTC project has been dragged into bad politics hence delaying the execution process.

“As a matter of fact, the College is a flagship project that I talked to Bungoma County governor about, I have put 1O Million in it and the county has given 30Million besides purchasing a 5 acre land in Bugaa location,” he noted.

He also mentioned that a 100 Million worth Technical Training Institute was under construction in Chepkurkur.

“We chose Chepkurkur because of the availability of land and so far Ministry of Education has contributed 50 Million Shillings, CDF 10Million and the National government is set to equip it with 4o Million Shillings,” he revealed.

The legislator has so far affirmed that he doesn’t have any unfinished projects neither in his first nor second term.

“I have fulfilled my promise to the people of Mt. Elgon and I now want to take them to the next level besides, I am the only one with the knowledge and understanding of the community,” he reassured.

Kapondi called for sobriety and peaceful coexistence among residents urging all politicians to maintain peaceful campaigns and elections.

He also advised other politicians to accept results and for those who lose ,they  should be gracious in defeat.