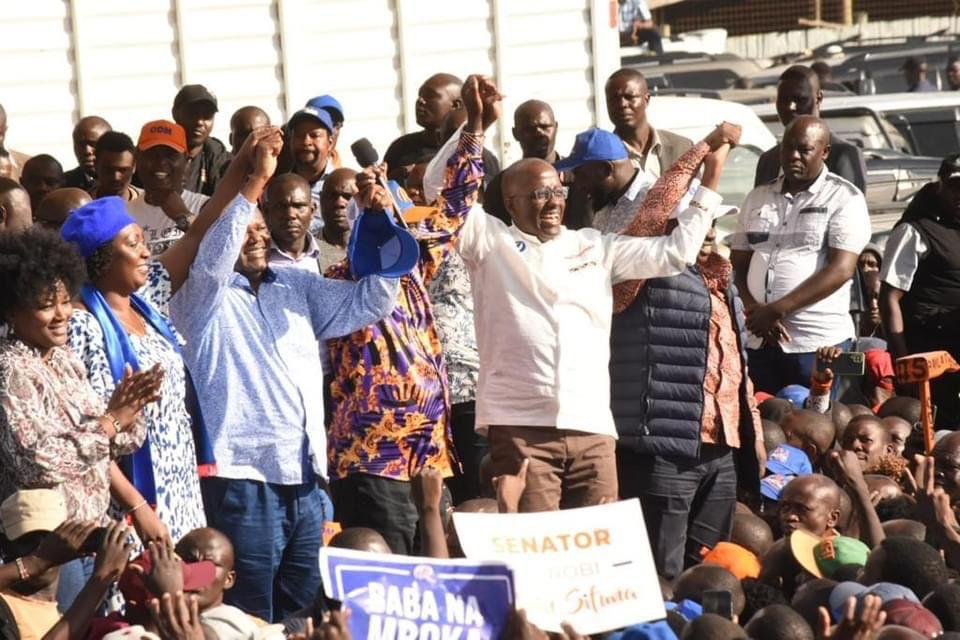 This is after she was appointed by Odinga to officially lead all campaigns of Azimio gubernatorial candidate Polycarp Igathe.

Odinga spoke during the Azimio rally on June 2, 2022 at Mukuru Kwa Njenga in Embakasi South during which Wiper leader Kalonzo Musyoka was officially re-introduced back into the Azimio fold after his protest exit following his the appointment of Narc-Kenya leader Martha KARUA as Odinga’s running mate, a position he had coveted.

The Governor has since confirmed that she will convene a meeting of all Azimio candidates before hitting the ground with non-stop rallies.

Her target is to ensure Odinga gets more than 2 million votes in Nairobi county, which has about 2.5 registered voters.

“It is now time to hit the ground proper and knock on each door in all our wards because Baba has to win and we have no room for excuses,” Kananu said.

She added that she owes her tenure to Odinga and President Uhuru Kenyatta who helped her ascend to power.

She also hailed Odinga for nominating Martha Karua as his running mate, noting that it is a big win for women.

“They started with me and now it’s Martha’s time and this means that all women have a reason to come out and vote,” Kananu said.

The Nairobi Governor will be helped by the President of Kenya Chambers of Commerce and Industry Richard Ngatia, who will champion campaigns for traders and business people.

They have been mandated to ensure Polycarp Igathe and his running mate Professor Philip Kaloki win the Gubernatorial contest.

Nairobi is one of the crucial counties that presidential candidates are eager to win because it is the centre of power.

Despite devolution decentralizing power, Nairobi hosts all the ministries’ headquarters, all diplomatic missions and is a vital transit spot for majority of the airlines flying into and out of Africa.

A cosmopolitan county, Nairobi is believed to host all the 42 communities in the country and is among the richest counties in Kenya.