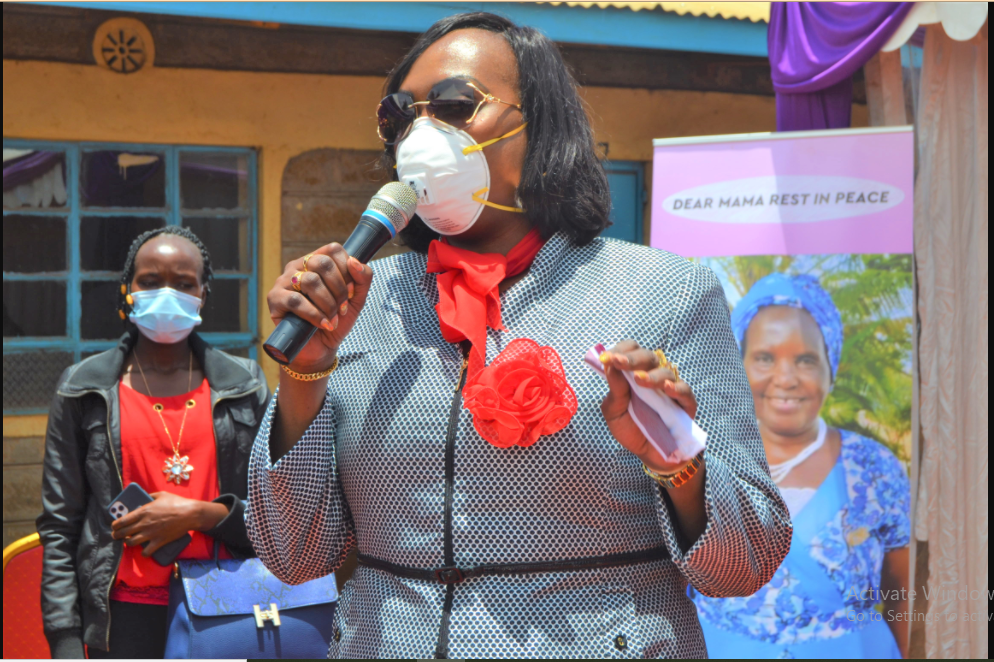 Since being sworn in as the Deputy governor early this year,Ann Kananu has for taken a low profile, preferring to pull strings from behind the scenes.

This must have been a calculated move to study the political terrain of the ever slippery and hot City Hall politics that can easily sweep one to oblivion.

A direct beneficiary of the blantant mistakes made by Ex-governor Mike Sonko, Kananu is slowly establishing herself as a possible political brand for consideration when the bell for 2022 elections rings.

Some media outlets have labelled her as a lame duck who is yet to find the right bearing but recent events indicate otherwise. She has openly shown that she is ready mobilise troops and fight for her space in the Jubilee party that is currently battling challenges due to the fallout between President Uhuru Kenyatta and his deputy William Ruto.

Her latest onslaught has been in Kiambaa Constituency,Kiambu County, where she led a good number of women leaders,among them former Nairobi Speaker Beatrice Elachi to drum support for Jubilee candidate Kariri Njama who is battling to win the MP seat in the by elections slated for Thursday.

While in Kiambaa, she told journalists that she is confident that Jubilee will carry the day in the by elections

The Jubilee candidate will face off with John Njuguna Wanjiku of United Democratic Alliance ( UDA) that is linked to Deputy President William Ruto.

In her message to voters, Kananu said that Jubilee has the right candidate who will address the needs of residents if elected.

She emphasized the need for Jubilee and Kiambu County to rally behind President Uhuru Kenyatta.

” We have the right candidate who is the people’s favourite and there is no reason as to why he should come second when victory is written all over,” she said.

When she took over as the Deputy Govenor,observers were of the view that she should cut her niche politicaly and avoid walking in the shadows of the Nairobi Metropolitan Services ( NMS), that is led by Director General Mohamed Badi.

The NMS is running key functions of the county following the signing of the Deed of Transfer between the national government and the county government.

However, Kananu has managed to ensure a close working relationship between her and the NMS.

She has also managed to foster a good working relationship between the county executive and the county assembly.

It is not clear what her political ambitions are but there is enough signal that she is going to throw herself in the ring in the general elections.