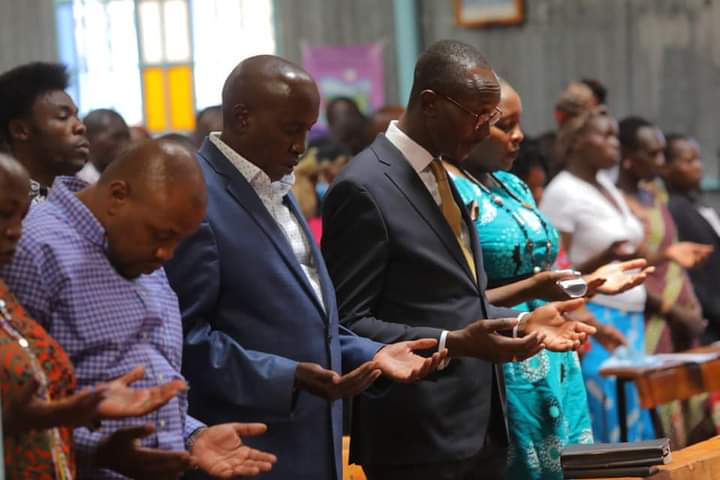 Kajiado Governor Joseph Ole Lenku has dismissed opinion poll results that have earmarked Kajiado as a battle ground for the leading presidential candidates.

Lenku has affirmed that Kajiado is largely an Azimio La Umoja zone, noting that the high number of elected leaders and aspirants seeking office via the Azimio ticket is enough evidence that the Kajiado is not a battle ground.

” We want to make it clear that we are in Azimio La Umoja and that is where majority of our people want us to be. This is not a battle ground but an Azimio ground,” Lenku said.

He said that out of the 41 MCAs,31 are solidly behind the Azimio movement and supporting the presidential candidature of Raila Odinga.

” Kajiado is going to vote for Raila Odinga almost to the last man and we are prepared to do everything possible to help him win,”Lenku added.

Lenku also expressed confidence that he will retain his seat, noting that he is fully prepared for the Jubilee party primaries scheduled for next month.

” The nominations are almost and are confident that we will win the Jubilee party ticket,” Lenku added.

Media reports have indicated that Lenku remains the preferred candidate for the position.He will face off with former governor David Nkedianye who defected from ODM.

Lenku said this when addressing thousands of supporters at Kware,Nkaimurunya ward in Kajiado North during an Azimio activation rally hosted by area MCA James Waichanguru.

Lenku has been praised for the increased revenue collection,high absorption of the development budget and the infrastructural projects initiated by the county.

He is now the Maa Spokesman and expected to play a major role in mobilising voters in Kajiado and Narok counties in support of Raila Odinga.