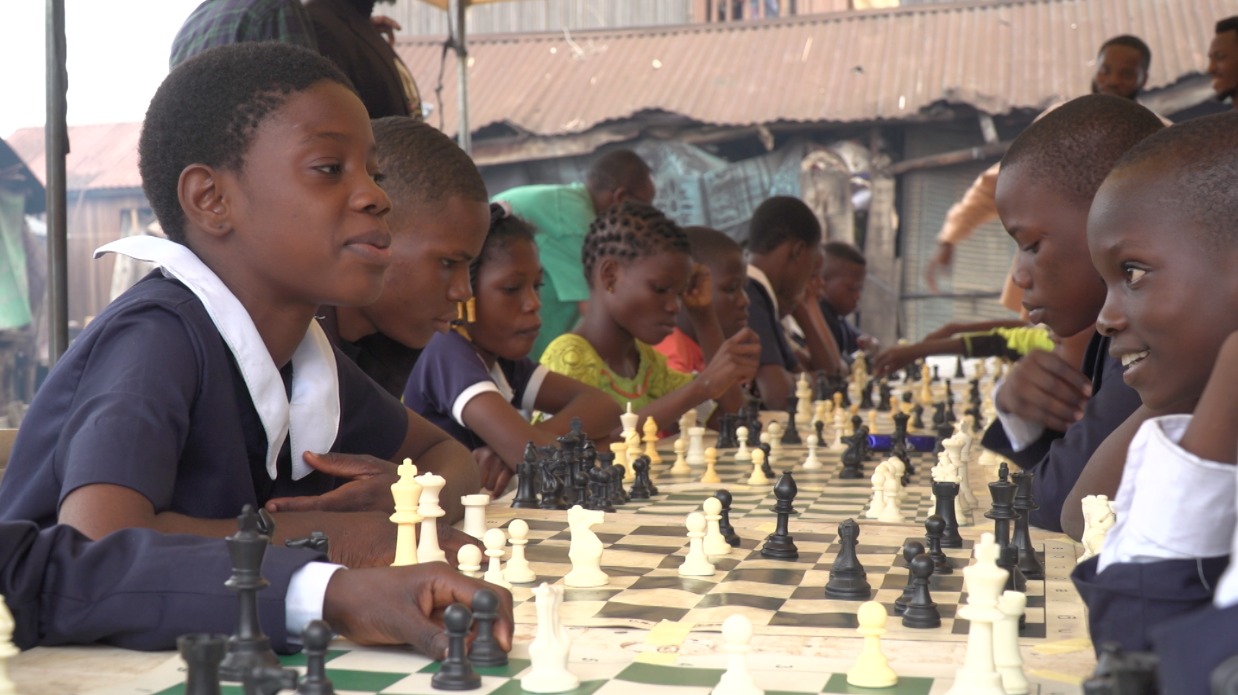 CNN International’s Arit Okpo meets James Kang’aru Mwangi and Tunde Onakoya. CNNhears how these two chess players from different parts of the continent learnt to love the game and how they are hoping to harness their passion to inspire new generations of African chess champions.

At 26 years old, James Kang’aru Mwangi is Kenya’s national chess champion and coach focused on nurturing young talent. After starting to play chess in around 2013-2014, when he joined university, CNN hears he became interested in providing other juniors and youths in Kenya with the same opportunity.

James started his community outreach and chess in school programs in Ruai, on the outskirts of Nairobi, and Mayoko, another outskirt area in Machakos. He tells CNN that: “When those two programs started it was all about having a new sport for the kids and actually giving them the purpose that they would actually use sport too, have some fun activities in the rural areas and especially such outskirt areas. You might not have the best of the football fields or the best of the swimming pools.”

Following this initiative, James became the national coach for Kenya’s junior chess team and was recognised as one of the best chess coaches in the game in 2018. As Africa’s youngest international arbiter in coaching, he was awarded the top 35 under 35 years Youth of the Year in sports by the Youth Agenda and Kenya Government. CNN learns he was also listed as Forbes Africa 30 under 30 achievers in 2021.

Despite his achievements, James credits the success of his students as his greatest reward, “The juniors are a testimony that you can achieve whatever success at whatever age and you can be multi-talented because I have most of them who are now becoming multi-talented.”

CNN discovers that James’s passion for nurturing young talent has had a real impact on the lives of less advantaged children. “Having some of my students get academic scholarships or having them get benefits as they progress with life and being recognised and getting a number of opportunities and they’re just because they are good in chess is a benefit that I believe as much as it does not come directly to me, you can say that it benefits them, but to me it’s a joy and I believe it’s those little successes and those little milestones start to actually accumulate into big ones,” he says.

This passion for making chess accessible to children is shared by Tunde Onakoya, a 26 year old Nigeran professional chess player who founded Chess in Slums Africa in 2018. “Learning chess at a really young age literally saved my life. It gave me a lot of opportunities that I probably would never have gotten because of where I grew up,” he says.

He founded Chess in Slums Africa to help children from impoverished communities reach their full potential through chess and has already taught more than two hundred children the basics of the sport. Tunde explains, “We have a team of volunteers that dedicate their weekends to come into these slum communities to teach the kids. We don’t just teach them chess; we teach them other things too. We try to infuse, even teaching them tech skills.”

For Tunde, Chess in Slums Africa goes beyond the sport, as it pushes the children to see beyond their current environment. Through partnerships with organisations such as Vibranium Valley and individual donations, Chess in Slums Africa raised thousands of dollars to send 20 children to school all the way through university. “I mean, that is a dream come true for me, not just for them, but for me too. To see that these children could get opportunities like this, never before thought possible. To see them, now seeing that it is possible to become more than what they can see every day in their community,” says Tunde.