Is Ngwele Back In the Assembly Despite Court Order ? 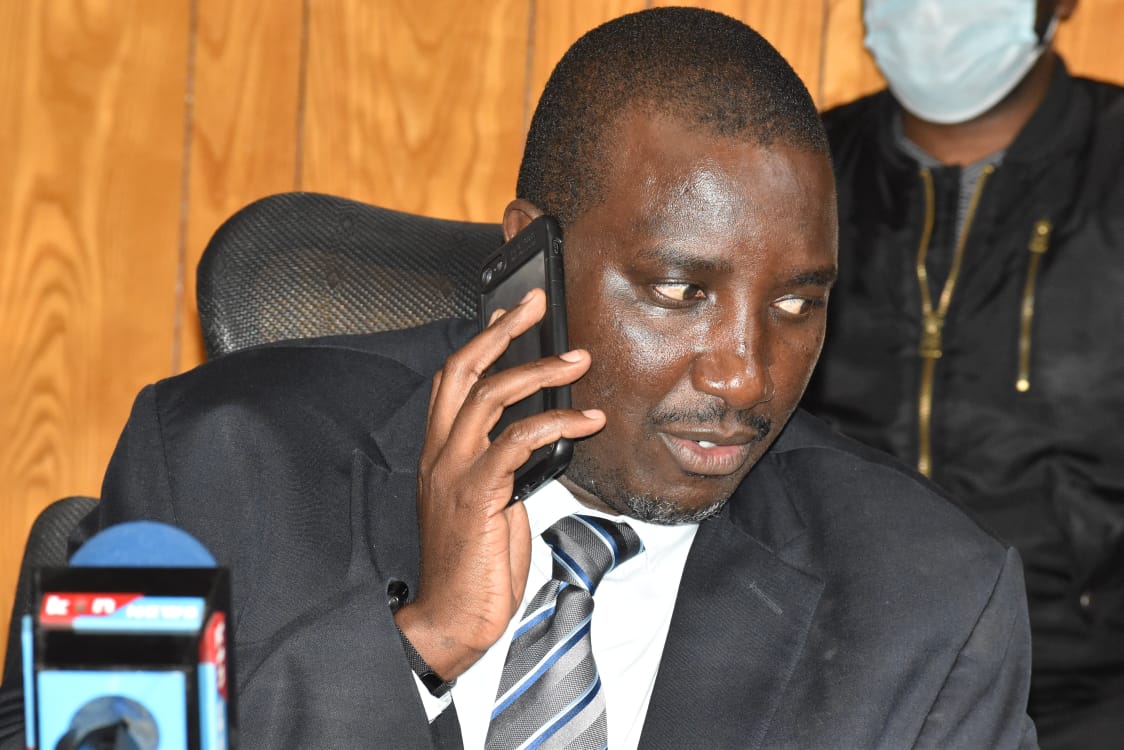 Former Nairobi Assembly Clerk Jacob Ngwele could is back in shadows in the running of county assembly affairs despite court order barring him and current clerk Edward Gichana from the office.

Ngwele was yesterday in Mombasa facilitating Ward Development Fund workshop attended by the MCAs and members of the executive together with WDF committee.

A statement from Nairobi County Government Communication Director Beryl Okundi the meeting was to enlighten the WDF stakeholders before embarking on WDF 2014 implementation.

MCAs who opposed the taking over of Adah Onyango as acting led by Mary Mwami are angry lot with the recent development describing Ngweles’ appearance as an impunity.

“This assembly is full of mediocre we can’t stay in an institution where there is total disregard of the law am ashamed to see Ngwele facilitating a meeting for this institution,” Arivitza said.

Adah is a close ally of Ngwele and many believes that it Ngwele who will run the affairs of the institution.