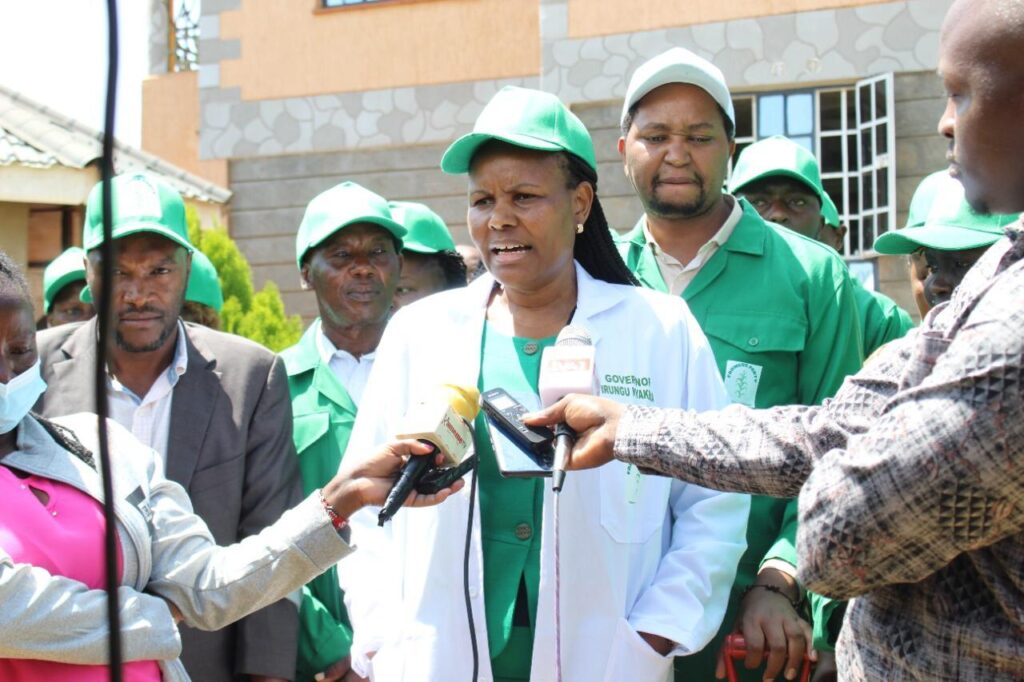 The farmers Party National chairman and Murang’a Governor candidate in 2022 Irungu Nyakera has appointed Catherine Wairimu Mugo as the official running mate for the August 2022 Elections.

This makes Irungu Nyakera the first Governor candidate in the Country to announce a woman as a running mate, during a meeting for Aspirants under the Farmers Party in Muranga today.

He affirmed the Farmers Party’s commitment to the International Women’s Day 2022 theme; Gender equality today for a sustainable tomorrow”, by recognizing the contribution of women and girls around the world, to building a more sustainable future for all.

“The appointment of Catherine Wairimu Mugo as my running mate confirms the commitment to breaking the gender bias and offering an equal platform for sustainable development. Currently, Murang’a County has only attached male candidates for the position of governor and I urge all my competitors to nominate women as their running mate,” added Irungu Nyakera.

He further urged Kenya Kwanza and Azimio La Umoja Coalitions to have women as their running mates.

She was vying for Muranga Woman Representative position under United Democratic Party (UDA), where she has resigned to join Irungu Nyakera’s team.

The Farmers party held its first of a series of meeting with aspirants that was attended by over 50 aspirants for the position of Governor, senator, women representative, members of parliament and members of county assembly.

The farmers party will not be fielding a presidential candidate and will not be joining ant pre-election coalitions as will operate as a nonaligned political party.