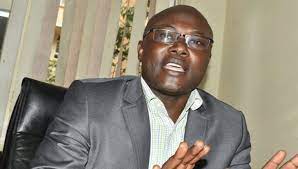 Makongeni MCA Peter Imwatok Four years spell as a minority whip  was marred with intimidation, impeachment threat and many more.

According to Imwatok it hast not been easy for him and he had to stood with what the party want something that made him survived several attempt to impeach him.

“It has not been easy there were  several attempts to oust me in this office but I stood by the truth and party ideologies they found it rough with party bosses and I want to thank Hon  Raila Odinga and ODM honchos for protecting me from all those attempts.” He said.

“I initiated first impeachment motion against Sonko and this is when Sonko and Aladwa ganged up to remove me from office he even wrote a parallel letter to the assembly ascertaining his move but they all failed. I thank my party.’’he said.

Imwatok has proven beyond doubt that he is the most loyal MCA to the ODM party.

He also enjoys cordial relationship with Raila Odinga among other ODM top brass.

He was recently listed as part of staunch party Loyalists to receive direct ticket.