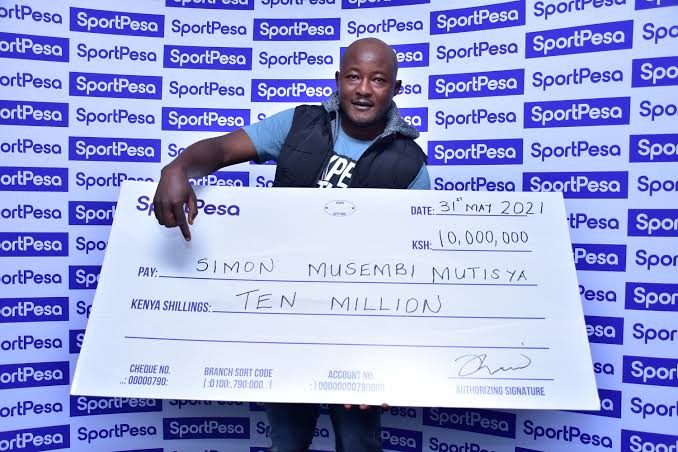 The SportPesa Midweek Jackpot that was reset to Ksh10,000,000 million last week has been won.

“I was at my store when I got the congratulatory message from SportPesa at around 6.33p.m. I was so happy I showed my brother immediately so that he can confirm that the money is mine,” said Mutisya a fan of English Premier League club, Arsenal.

“SportPesa is true. Moments after receiving the message that I had won I got a call from their customer care. They actually looked for me before I contacted them and that showed how honest they are.”

Mutisya took a shot at the jackpot by spending Ksh198 to place two bets, out of which one proved successful.  The Midweek Jackpot comprises of 13 select games per week and starts from Ksh 10 million increasing each week until there is a winner.