Harambee Sacco in Crossroads as Members Leave over Poor Management 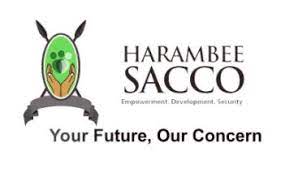 Troubles sorrounding Harambee Sacco appear to be far from over after it emerged that more members were planning to leave.

The revelations come just a few days after more than 17000 left the sacco for various reasons.

Members who spoke on condition of anonymity said they were leaving because of what they termed as poor management at the helm.

“There is no we will continue being in a Sacco where arrogance is the order of the day. We give our money and so they should respect us,” one member who is a police officer talked on condition of anonymity.

In what places the sacco at a risk of collapsing members who are demanding to leave posing a bailout of more than 4 billion.

Majority of those who are leaving are officers who are about to retire from various organisations in government.

According to the latest report the saccos operations cost increased from Sh 274.49 million to Sh 2.166 billion.

However, the annual revenue for 2021 surged to Sh 4.2 billion having recorded a 32 percent growth attributed to an increase in loan uptake while firm disposed of assets to boost liquidity.

“The growth of members deposits and savings was impeded by almost equivalent withdrawals, where society paid out Sh 1.42 billion to members who withdrew in 2021”, read the report.

This is not the first time this Sacco has found itself in crossroads.

In 2012 Sacco Societies Regulatory authority inspection found that it was facing a liquidity crisis.

Our team is investigating more which will follow in our next publication.