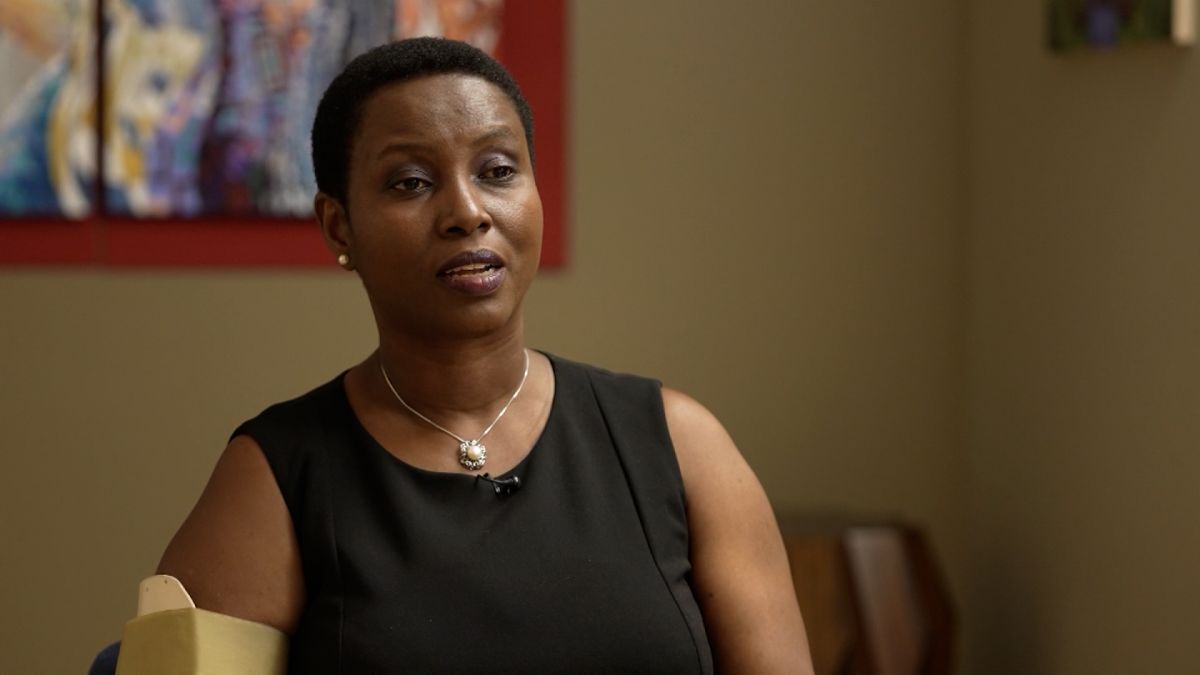 In her first television interview since the assassination of President Jovenel Moise, Haiti’s first lady Martine Moise spoke to CNN’s Matt Rivers about the horrific night of her husband’s killing,her belief she was left for dead and why she thinks their security guards were nowhere to be seen during the assassination.

As the only eyewitness to her husband’s assassination, Moise described chilling details of the July 7 attack in the presidential suite.

She first knew something was wrong when she and her husband heard automatic gunfire outside their home around 1 am. When they realized that the gunmen had entered the house, they tried to hide on the floor behind their bed, she said.

Even then, however, Moise did not believe what was about to happen. “At that time, I didn’t even think that they were going to be able to get into the room where we were at, because we had about 30 or 50 security guards (at the house),” she said.

Yet they did, in a massive security failing that Haitian authorities still have not explained. At least two top security chiefs are currently in prison, including presidential security chief Dimitri Herard and coordinator of palace security Jean Laguel Civil.

From where she was lying on the ground, her arm broken and bleeding in multiple places, Moise could see only the intruders’ shoes. She estimates that around a dozen men entered the room, speaking Spanish, looking for something specific.

“They came to the room to find something, because I heard them saying, “No es eso, no es eso — eso es” (in Spanish: “That’s not it, that’s not it – that’s it). Which means they found what they were looking for.”

Only then did they turn their attention to the president on the floor and make a fatal phone call, she recalls with devastating calm.

“He was alive at the time. They said he was tall, skinny and Black, and maybe the person on the phone confirmed to the shooter that was him. Then they shot him on the floor.”

The attackers never addressed the president directly, and Mr. Moise said nothing to them in the moments before his execution, according to his wife.

But the attackers left without further bloodshed. Moise believes they mistook her for dead.

Speaking quietly and precisely in Haitian Creole, French and English at turns, Moise told CNN the security guards charged with protecting Haiti’s first family never came, even after the attack.

“The guards wouldn’t leave without an order. Maybe they received an order to leave — this is what I think,” Moise said. “I’ve been thinking a lot about how this could have happened.”

“It would have been 50 against 28, we have more security than them…I believe the president died with the hope that his security team would come,” she said.

Haitian authorities have previously said that not a single guard was injured as the attackers broke through the main gate, crossed the compound, breached the front door, and sought out the president’s bedroom.

What the presidential security guards know, saw, or did are central questions in the ongoing investigation.

She is not sure local authorities alone are capable of uncovering the truth. What the Haitian people need, she says, is an entirely independent investigation run by the UN, and potentially for the case to one day reach the International Criminal Court in the Hague.

Moise sidesteps questions about her own presidential ambitions with the grace of a veteran politician, but she doesn’t shy away from politically charged topics. She argues, for example, that the interim government must hurry to hold new elections as well as the constitutional referendum that her husband championed and which grants greater powers to the presidency.

“I think that with the election that is coming, with the constitution that is changing too, we will have a better country,” Moise told CNN. “Not in five years, probably not in 10. But we have hope.”

For the immediate future, Mrs. Moise insists her focus is on her children, her recovery and on ensuring that the international community that has so often intervened in Haiti’s affairs now grants the Caribbean country an independent, world-class murder investigation.

Though dwarfed by her new entourage of burly American private security agents and facing a daunting series of medical procedures to restore use of her damaged arm, she’s ready to fight.  “That’s what hope gives you. You fight,” she said softly. “I will ask and ask and ask until I get.”