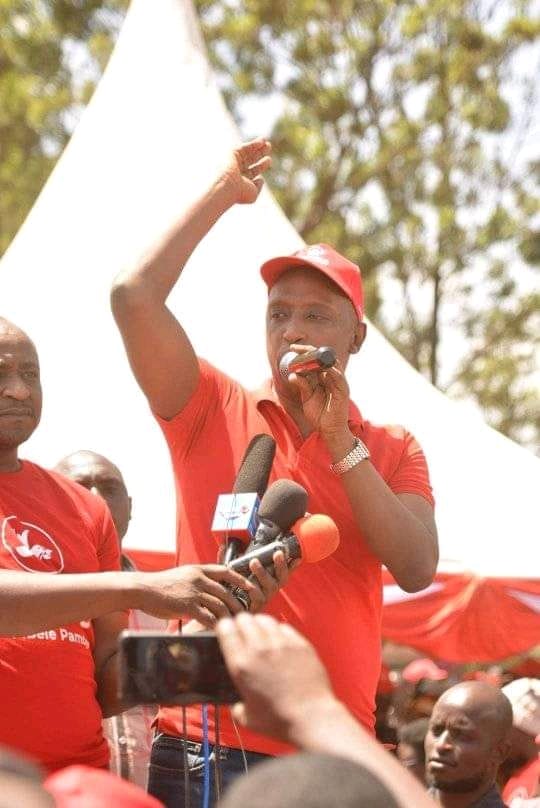 A new survey by Mizani Africa has put Guyo ( Jubilee) ahead with 39.6 percent with the current MP Benjamin Mwangi( UDA) following closely with 36.7 % .

The survey was conducted between 15th-25th of February.

According to Ben Johnson who is the director of Mizani Africa, 1000 people across the wards were interviewed with majority expressing the need to have a new leader take over.

Some of the issues the residents complained about include insecurity, water rationing, and lack of access roads.

The survey also revealed that 51% of the people in Embakasi Central support the Azimio La Umoja movement while 48% support the Kenya Kwanza Alliance.

Guyo is banking on the new look Jubilee to win the seat for the first time.