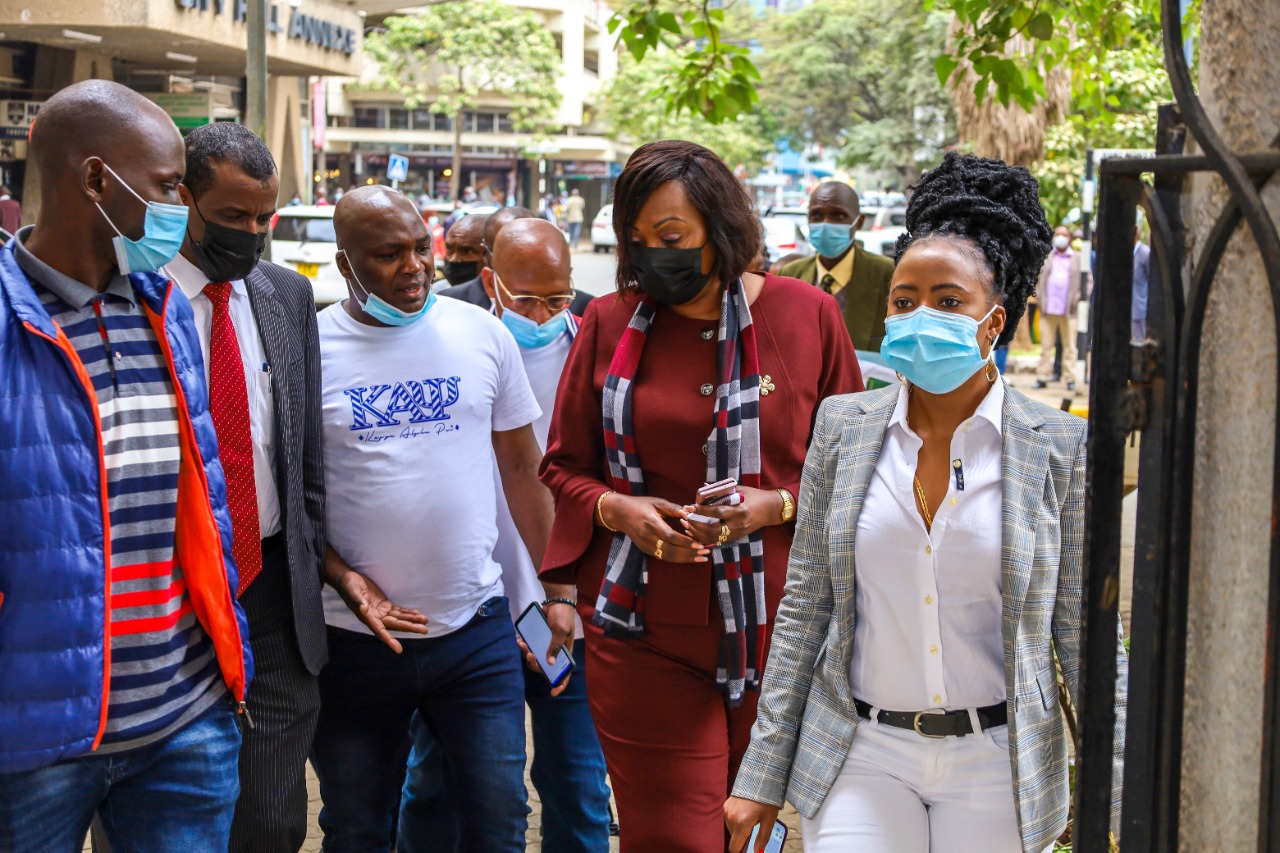 A section of Nairobi MCAs have promised to pen a complaint letter to President Uhuru Kenyatta over alleged misappropriation of funds and incompetence on the part of Governor Ann Kananu whom they claim was a ‘mistake’.

The disgruntled legislators claim that the county is on ‘autopilot mode’ and on uncontrolled looting spree that needs the head of state intervention.

Some of the grievances being raised include non payment of cash owed to small scale supliers and business start ups, rising cases of land grabbing in the city,arrest of City Hall officials in Dubai and corruption in the finance department.

“Genuine suppliers are on the verge of commiting suicide and no one seems to care.The president gave directions that supliers be paid but if you can’t raise 10% in advance,you can’t be paid at City Hall,” Utalii ward MCA Wilson Ochola said.

” Instead of creating jobs, City Hall is killing dreams by deliberately refusing to pay genuine suppliers who are employers to hundreds of our young people,”

The MCAs have launched an onslaught on Governor Anne Kananu whose reign at City Hall is turning out to be chaotic.

Kananu’s latest headache includes alleged diversion of staff statutory deductions of close to Sh 500million and arrest of City Hall officials in Dubai.The officials in question are alleged to have been carrying Sh 500 million whose source could not be authenticated.

Those allegedly arrested were Martha Wangari, and Daniel Nguru – who are all senior Nairobi County officials and close associates of Governor Ann Kananu .

The two are said to have been jailed for 9 months and sources indicate that Kananu sent a close ally to Dubai “to sought out the mess”.

It’s based on these developments the MCAs are demanding answers from governor Kananu and intervention from President Uhuru.

They have also questioned Kananu’s source of campaign funds.

” Can she tell us where she is getting her campaign funds because we have seen her roll out high level political activities,” Ochola wondered.

The MCAs have also questioned why investigative agencies have been reluctant on scrutinizing events at the county and specifically the finance department.

They have called for a serious audit of payments made to supliers in the last 6 months.

This comes against a backdrop of complains from several suppliers that there is a syndicate that demands kickbacks from county contractors for tender awards and also advance payment before their cheques are processed for payment.

The MCAs have also called for investigations on alleged grabbing of the Baba Dogo playing ground which they claim has been taken over by a private developer.

Also on their intray is the state of staff houses in Eastleigh and Pumwani which the claim have also been grabbed.

They have given the governor 10 days to clear on the issues raised.