Government Confirms Covid Vaccines will run out in a few days 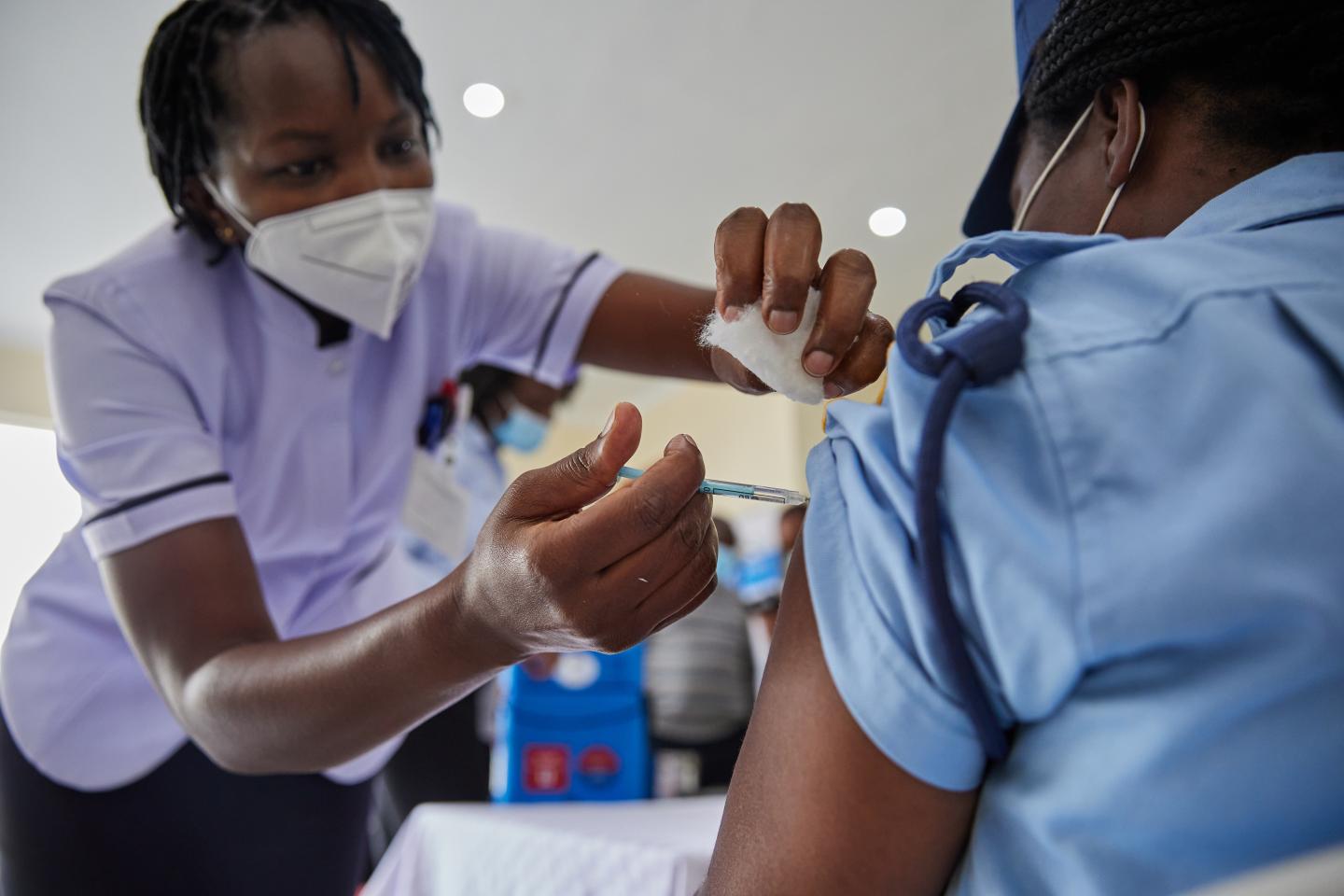 Kenya is now just days away from running out of Covid-19 vaccines with only about 100,000 AstraZeneca doses left, the country’s health minister Mutahi Kagwe told CNN Wednesday.

The health ministry will take back doses from regions where uptake has been slow and redistribute them to begin the process of second jabs by the first week of June.
Kenya is expecting an additional 150,000 doses from neighboring countries like the Democratic Republic of Congo where there is no capacity to administer doses before they expire in June.

“We are still vaccinating, but we are at the tip, we need vaccines like yesterday,” Kagwe said.

The AstraZeneca Covid-19 vaccine is unlikely to remain the “vaccine of choice for the African continent” after ongoing delays in shipments because of the situation in India has left several African countries strapped with shortages, the health minister said.

Less than 2% of Kenya’s population of more than 52 million have had their first shot, according to Our World in Data.

Many African countries like Kenya had relied heavily on vaccines from the global vaccine sharing initiative, COVAX, which largely depended on vaccine supplies from the Serum Institute of India (SII)- the world’s largest vaccine manufacturer. A vicious second wave in India led to an export restriction by the country. The SII said Tuesday that they will be unable to ship vaccines until the end of 2021.

“It is very likely that we are going to discuss and agree on Johnson & Johnson. First it is being produced here in Africa and secondly, there is an arrangement for a number of doses that are going to come to (the) Africa platform,” Kagwe said.
​”What we are asking COVAX is that let’s use this money that was originally designed to go to India, to pay for Johnson & Johnson or Pfizer, or whatever is available.”

The minister said vaccine nationalism around the world has eroded Covid-19 vaccine supply chains and left poorer countries like Kenya with shortages.

“As a continent, we must stop believing that there is anybody out there who is a Good Samaritan, a biblical Samaritan who is just about to come and help us. It’s everyone for himself or for herself,” said Kagwe, “going into the future, the local production, local manufacturing of pharmaceutical commodities and products is an absolute must.”

Leaders across the globe have decried the inequity of vaccine nationalism in light of Africa having only carried out fewer than 1% of the global vaccinations, according to the WHO.

On Tuesday, French president Emmanuel Macron said the setup was “unfair and inefficient” and called for patents on vaccines to be lifted so countries in Africa could manufacture them locally.

Kenya has ordered 30 million vaccines from Johnson & Johnson. The health minister hopes the majority of the adult population will be vaccinated by next year, urging, “the sooner we have our 30 million doses, the sooner we finish.”