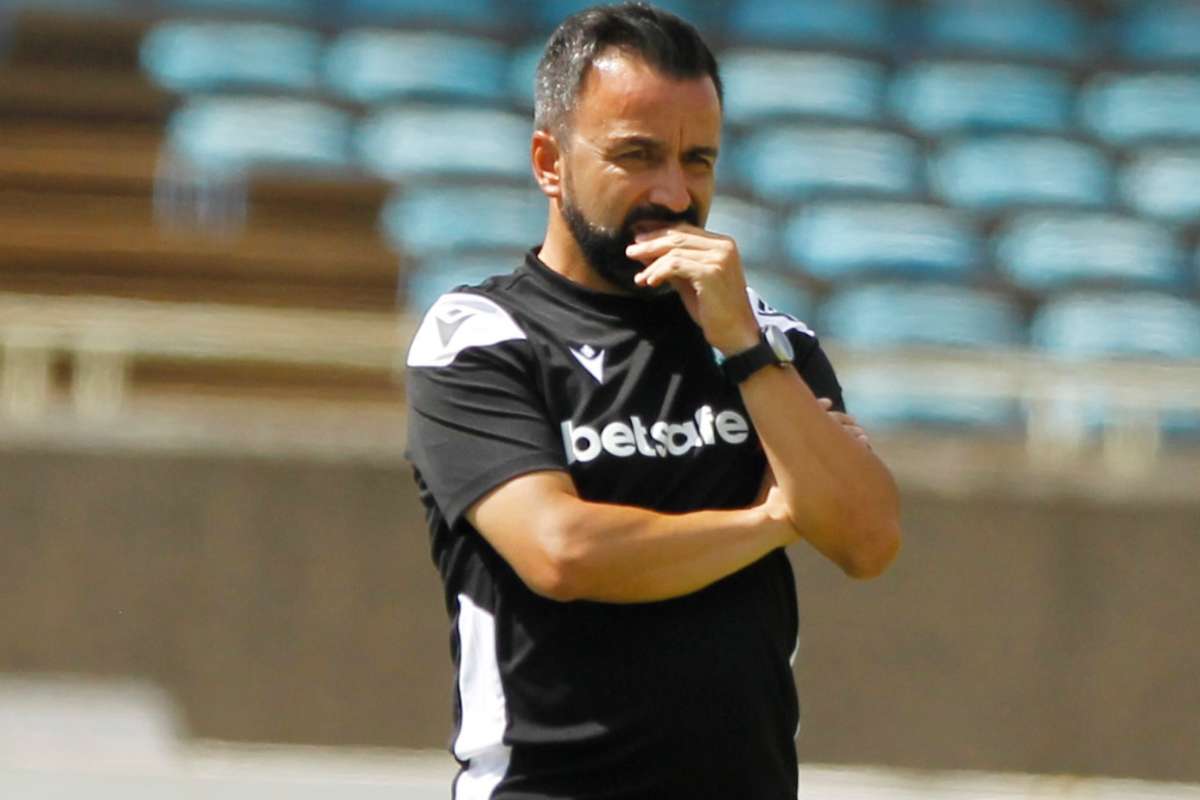 Gor Mahia’s Head Coach Carlos Manuel Vaz Pinto has quit his position and promised to return to his native country. The coach is a Portuguese and asked to go be close to his family.

Pinto shocked the club and Fans when he asked to be allowed to leave and go back home.

“Yes, coach Pinto has left the club and returned home,” an official of the club told Taarifa News.

The club official said coach Pinto had asked to leave to attend to family issues back home.

“We did not disagree on anything, it was a mutual agreement. He said he wants to be close to his family and we could not stand on his way. He has left in good faith and with our blessings,” Gor Mahia added.

He joined Gor Mahia at the start of the season replacing Briton Steve Pollack.

He managed to win the FKF Cup with Gor Mahia just a week ago beating rivals AFC Leopards in the finals.

He has stayed at the club despite crippling financial problems which saw him and the players go without salaries for months on end.

The assistant coach Sammy Omollo will handle the team for the remainder of the season.

With nine matches remaining to end the season and Gor Mahia are fourth with 39 points, eleven points behind leaders Tusker.