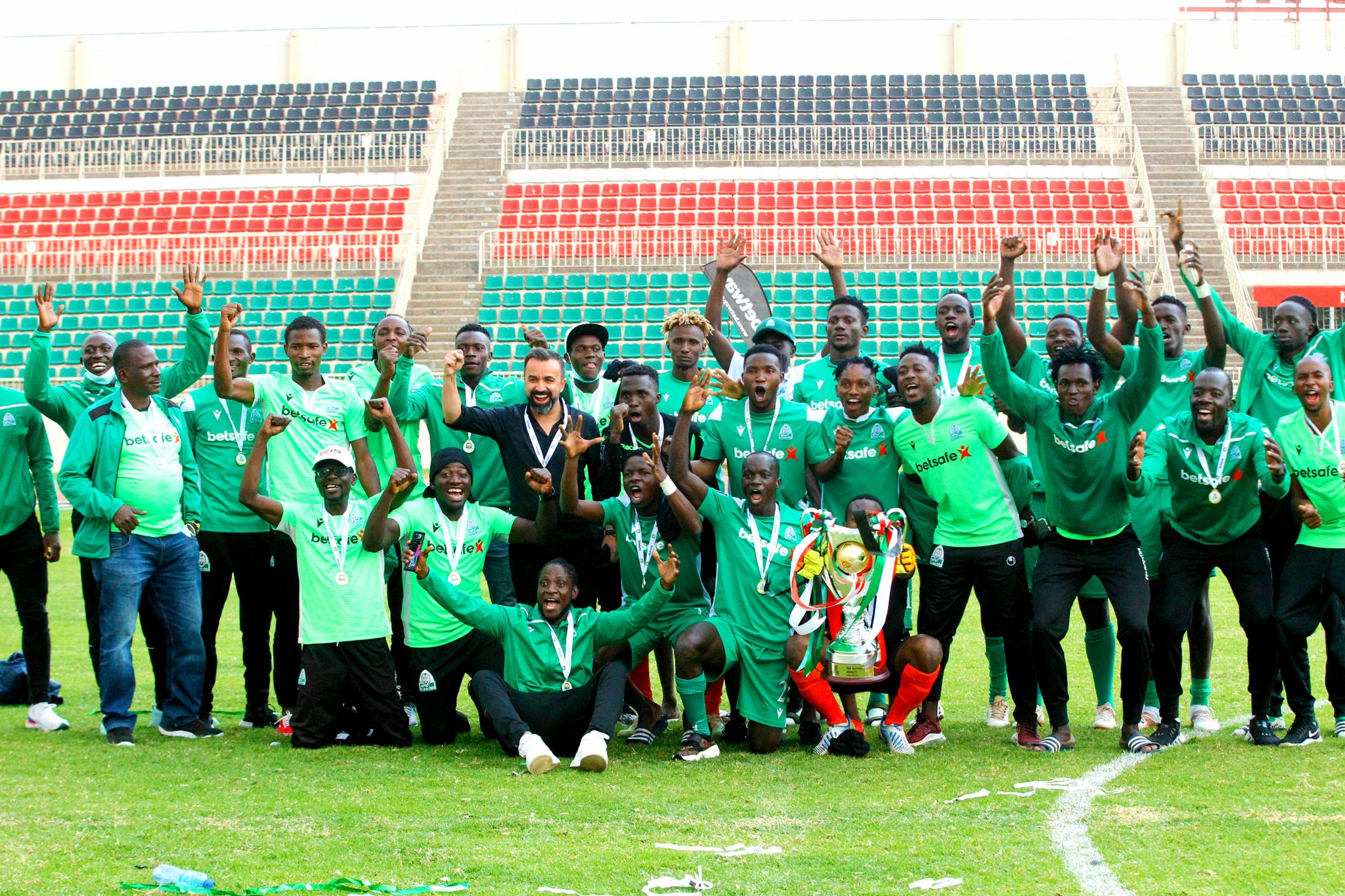 Gor Mahia are the winners of the FKF Betway after they won the penalty shots against AFC Leopards.

The two sides settled for a scoreless draw in normal time of 90 minutes, in what was a rather drab clash without the usual pomp at the Nyayo National Stadium.

Matthews, Gor Mahia’s goalkeeper saved two penalties as his teammates scored all their spot-kicks, eventually giving them the ticket to represent Kenya at the CAF Confederations Cup.

In the first half of the match Ingwe had dominated the game while the second half was dominated by Kogallo.