Glenmorangie opens its State of the Art innovation distillery 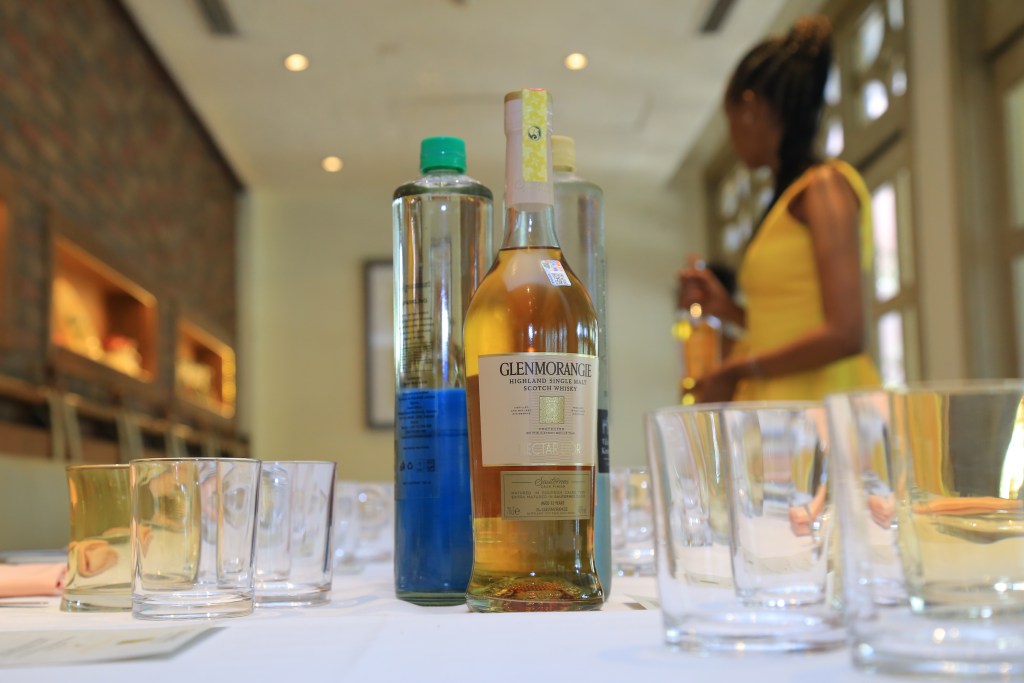 Glenmorangie single malt Scotch whisky opens the doors to its ground-breaking innovation distillery – a place which promises to bring a kaleidoscope of delicious new flavours to Scotch whisky.

Here, at the heart of the Highland Distillery’s wondrous world, Glenmorangie’s whisky creators can let their imaginations run wild.

Glenmorangie has been pushing single malt boundaries for decades. Using barley, water, yeast, wood and time, its whisky creators, led by Director of Whisky Creation Dr Bill Lumsden, are endlessly experimental in their quest to dream up delicious whiskies for more people to enjoy.

It is Dr Bill’s “What if…?” approach which has inspired the Lighthouse innovation distillery, the first of its kind.

Spurred on by his many whisky world firsts and wondrous limited editions, Glenmorangie has conceived the Lighthouse as a playground where Dr Bill can bring his most extraordinary ideas to life.

Here, he and his team will seek to redefine every aspect of their craft. Named for its landmark approach to whisky, the multi-million-pound Lighthouse distillery is a shining beacon on the Highland coastline.

Like an actual lighthouse, the towering 20m-high glass still house can be seen for miles around.

The Lighthouse’s design is dramatically different from the traditional stone buildings of the main Distillery, established more than 175 years ago.

Yet it reflects the single malt’s creativity through and through – even down to the fragments of whisky casks embedded in its walls. Inside, stand two of the copper stills which enable Glenmorangie’s delicate, fruity spirit.

As tall as a giraffe, they allow more space for taste and aroma. But these new stills have a host of modifications, making all kinds of innovation possible.

And above the stillhouse is a purpose-built sensory laboratory, where Dr Bill can play with his experiments in the most unexpected ways.

Dr Bill said: “Our Lighthouse is the new home of imagination. Here, we can indulge our most fantastical ideas as we strive to create a whole array of different flavours.

We will be able to play with whisky’s core ingredients, making small adjustments and big changes in ways never tried before.

Nothing is off limits in the Lighthouse, as long as it’s delicious.” Thomas Moradpour, President and CEO of The Glenmorangie Company, said: “Global demand for Glenmorangie is growing significantly.

The first of its kind, our Lighthouse experimental distillery is the keystone of our plans to stay at the forefront of taste innovation. By giving our talented creation team free rein, we will welcome even more consumers worldwide to enjoy delicious whiskies.”

To mark the Distillery’s opening, Glenmorangie is releasing a mouth-wateringly soft and fruity whisky, limited to just 3,000 bottles.

Named Glenmorangie Lighthouse, it is created with the same bourbon and sherry casks now encased in the new Distillery’s walls.

Aged 12 years and available only at the Distillery, its spectrum of flavours is a sign of all the wondrous whiskies yet to come.