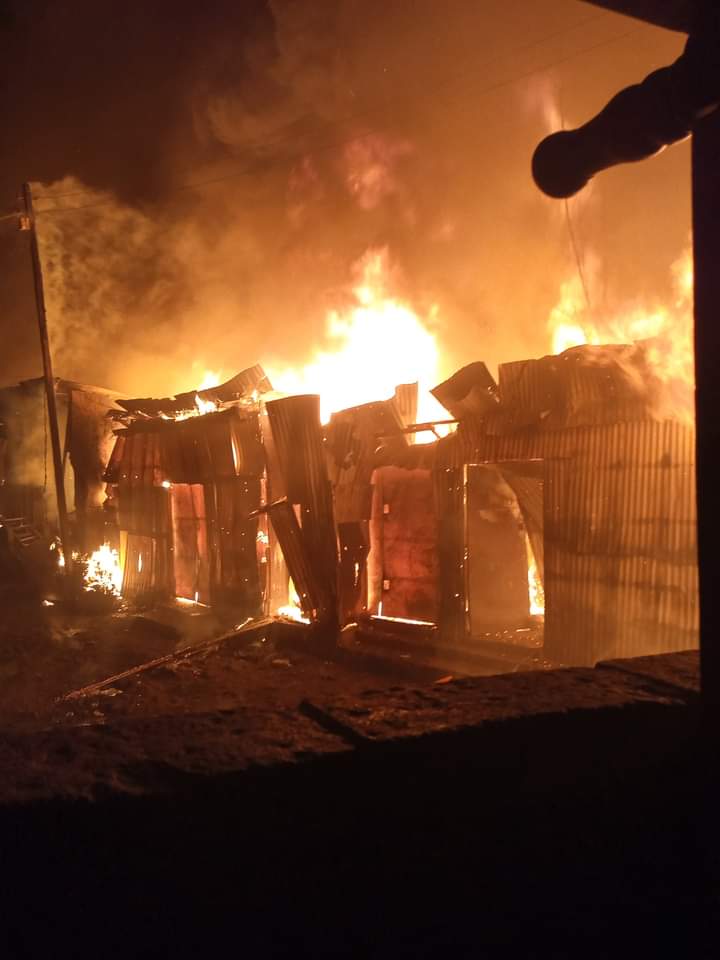 Property of unknown value was this morning destroyed when a fire broke out and razed a section of Nairobi’s Gikomba market.

The past midnight inferno – the latest in a series of fires at the popular city market – razed stalls and buildings, consuming business premises and wares worth millions before being contained by firefighters.

A section of the traders blamed The Nairobi Metropolitan Services and the executive for arriving at the scene late.

“The fire started past midnight and traders who had stocked their bale of clothes did not manage to save them..until now the fire is still burning despite NMS coming to the rescue,” said a trader.

“We are used to the fire and the government promised to get a solution but we are getting losses every year,” another trader said.

The annual Gikomba ‘fire’ seems a problem that is yet to be resolved.

It has always been said that loan defaulters at times set shops on fire and tell banks they lost the property.

It also perceived that some of the businessmen burn them to claim insurance and also evict tenants who charge them high rent.