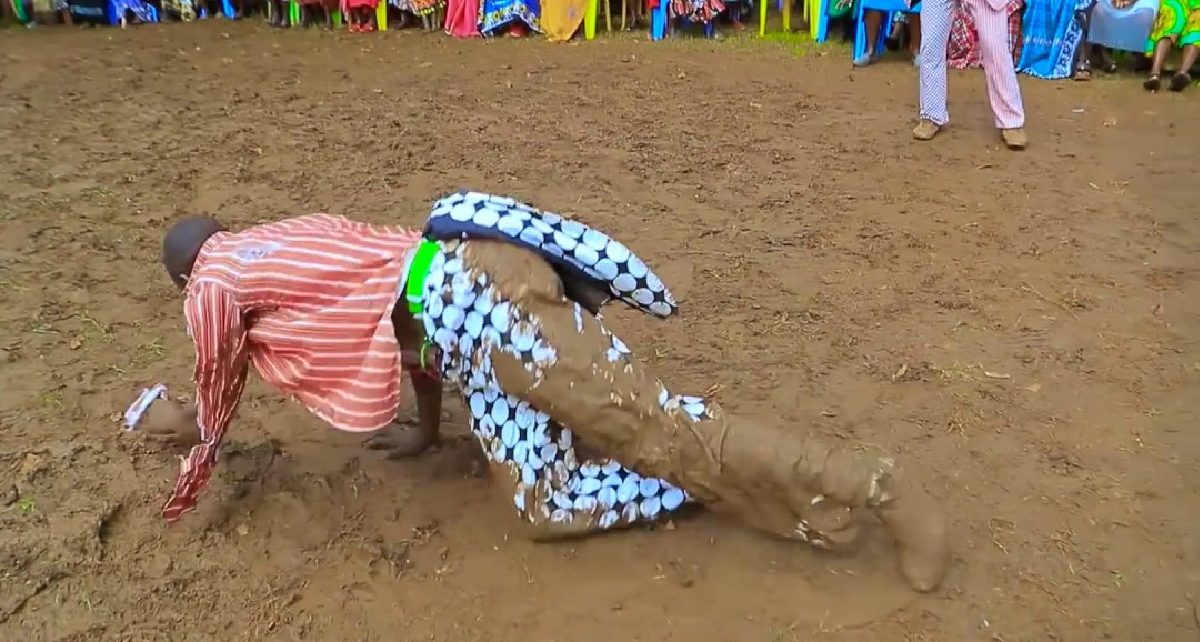 Kisii Gospel Artist Christopher Musioma alias Embarambamba has left Kenyans in an awe after the release of his latest song, ‘Jesus is the Final’

Embarambamba made a name for himself after pulling out bizarre stunts of himself in mud during his performances.

One of the most popular is that which he was seen swimming in the mud, dangling on the cows back and dancing on top of a mud house somewhere in Kisii.

In his new music video, Embarambamba has appeased the ‘morality cop’. The video shoot which was sponsored by Kisii Senator. He is seen to have embraced modern music video as he is seen with posh cars.

‘the best video I have ever done, thanks to incoming Kisii senator Okeng’o Nyambane,” said Embarambamba.

Funs expressed a sigh of relief while others felt motivated that he is finally up. Within four hours of the song being released it had already hit over 12000 views on YouTube.