Facebook Planing to Move Messenger to main App after 8 years 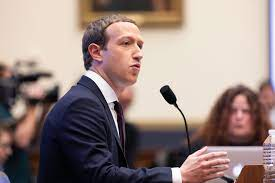 Facebook is planning to move Messenger, its instant messaging service, back inside the main app. It spun Messenger off in 2014.

Sources say Meta doesn’t plan to renew the news licensing deals that it struck with publishers over the past three years that were worth roughly $90 million, but the company has yet to officially announce such a pullback.

This must be the biggest lie Facebook told to publishers about Videos being the next big thing.

Zuckerberg and other Facebook executives started “pushing the notion that news video on Facebook was publishers’ bright future.”

The Wall Street Journal later reported that the shift to more video in the news feed might have actually driven engagement down rather than up, meaning news publishers actually wound up worse off as a result of following the social network’s advice.

For publishers, instant articles and videos (payment) of which the payment has been low, could be worse and extinguished in the years to come.

Facebook is making sweeping changes to its algorithm due to the regulatory pressure on social media (privacy of data). Publishers take note, that as opposed to the news feed, FB will soon have a discovery channel.