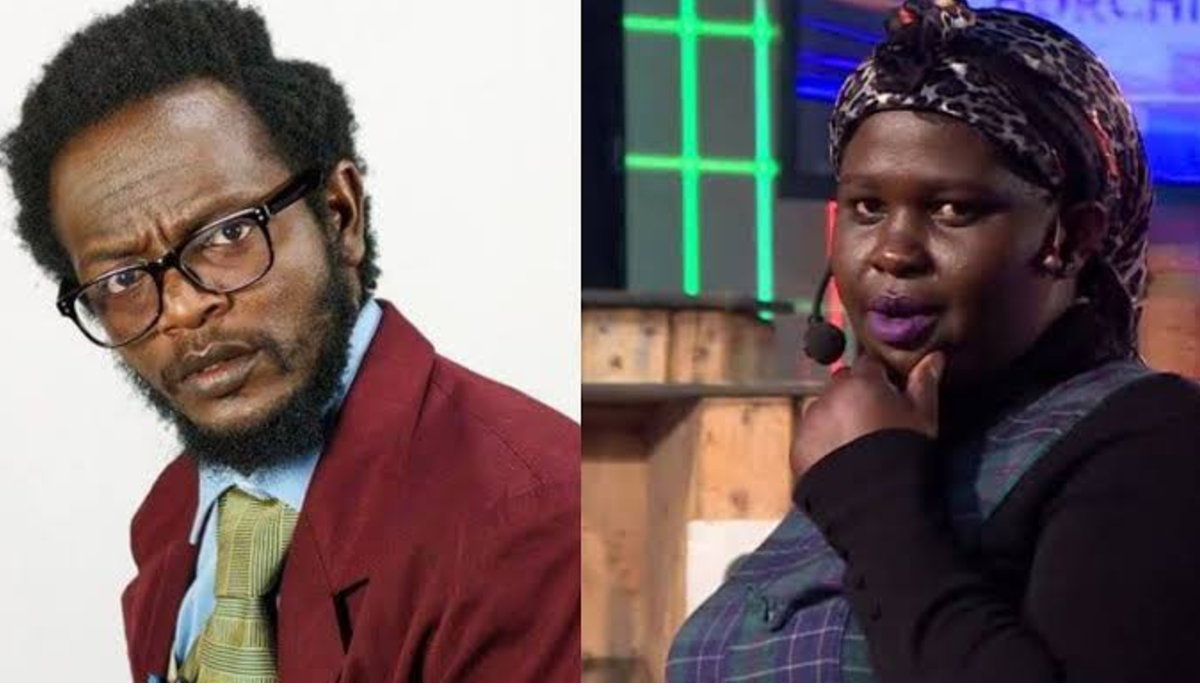 On Tuesday evening Comedian Jemutai revealed that the DNA results of Paternity that Prof. Hamo had requested for are out. Through a post on a social media, Jemutai wrote, “DNA results are out, 99.9%”.

The comedian had last week stated that Prof. Hamo had requested they conduct a DNA test to determine if he was the father of the children they had allegedly sired. She said they had met in a restaurant to sought out their issues.

“yes that was me, Hamo and his big brother. We were at the Big square on Wednesday. On Monday we met with Churchill and a few guys to try and sort out issues. We are still sorting out issues.”

Hamo had to respond to the issue which was almost getting out of hand saying that he has been providing for the children since they were born. He highlighted the issue on his Facebook account and said his current wife has been sending the upkeep.

“I have children who live with me and others who don’t live with me. I have been providing for my children from day one and there’s no day they went without food or shelter or anything they need.”

“My wife is the one who sends upkeep for the children who don’t live with us. This has been the agreement between my family and the mother of the children,” wrote Hamo.