Elect Nkedianye at Your Own Risk Kajiado Aspirants Now Warn 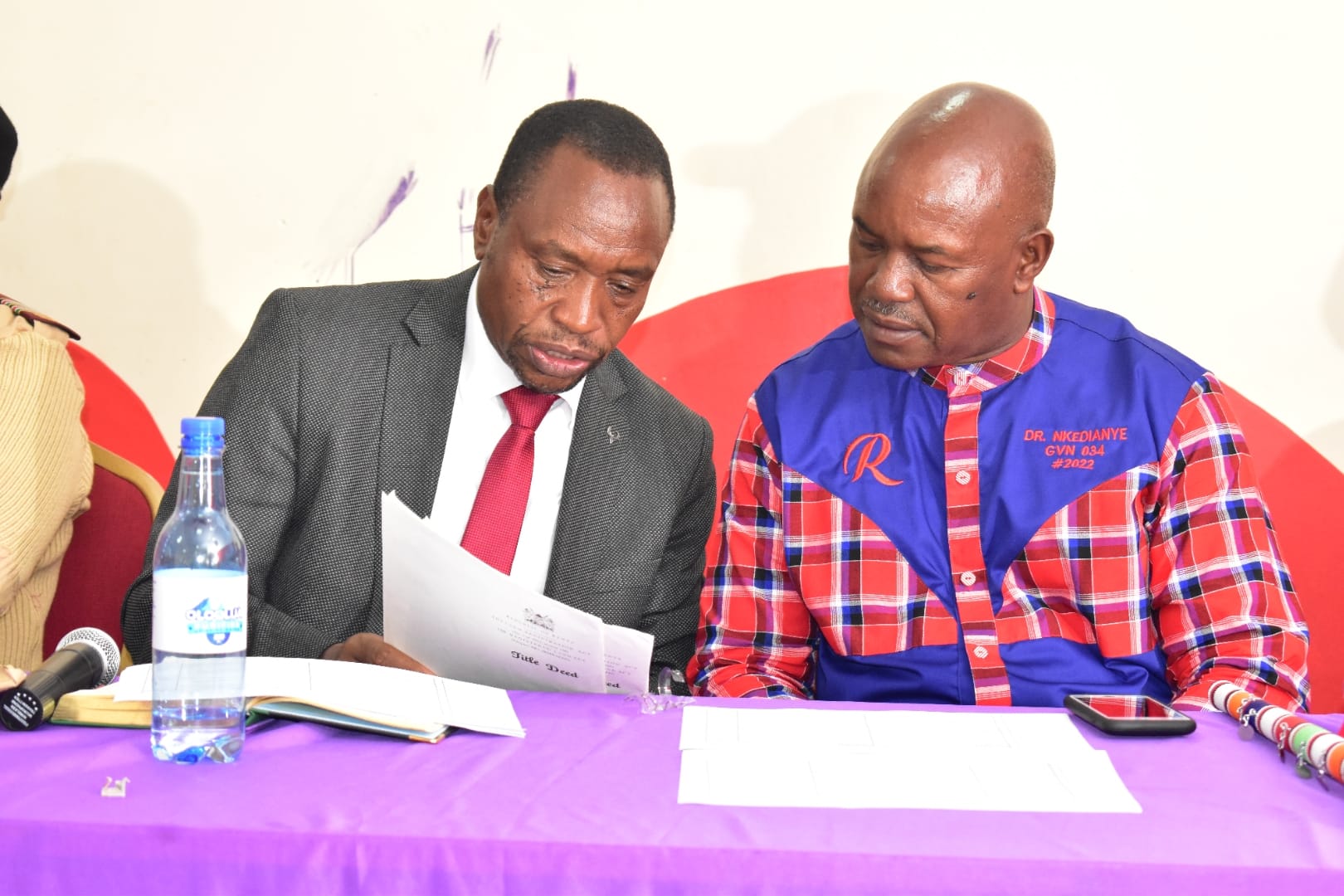 Leaders and aspirants in Kajiado have warned residents against giving former governor David Nkedianye a second chance to serve.

The more than 20 aspirants have stated that it will be ridiculous to reelect Nkedianye yet he was voted out because of incompetence and no-performance for the five years he was in office.

Led by Woman Representative aspirant Jenniffer Moinket and Kajiado East Parliamentary aspirant Kakuta Maimai,the aspirants stated that the county started on a wrong foot at the advent of devolution because of Nkedianye’s poor leadership.

“The reason he was rejected is because he failed us big time and it will be ridiculous if we reelected him back as the governor,” Moinket said.

They added that the county would become a laughing stock if Nkedianye makes a return yet the current governor Joseph Ole Lenku has done better than him.

“We have seen more roads and other infrastructure programs during Ole Lenku’s tenure that we experienced in the first term,” she said.

The aspirants accused Nkedianye of playing politics of nepotism,ethnic balkanization and clanism ahead of the August election.

Meanwhile Governor Lenku has termed as empty threats from Nkedianye who recently said that the governor is afraid of him.

The governor said that he moved to ODM because of the dwindling fortunes of Jubilee in the county,adding that his move was done after wider consultations.

Lenku has blamed Nkedianye of trying to collude with money hungry Jubilee officials to shortchange him in party primaries.He said he is proud of the move he made and confident that he is going to be reelected.

Lenku currently boasts of support from the majority of elected and nominated MCAs and he was endorsed by ODM party leader Raila Odinga.

He is expected to help deliver victory to the Azimio La Umoja One Kenya team led by Mr.Odinga and President Uhuru Kenyatta