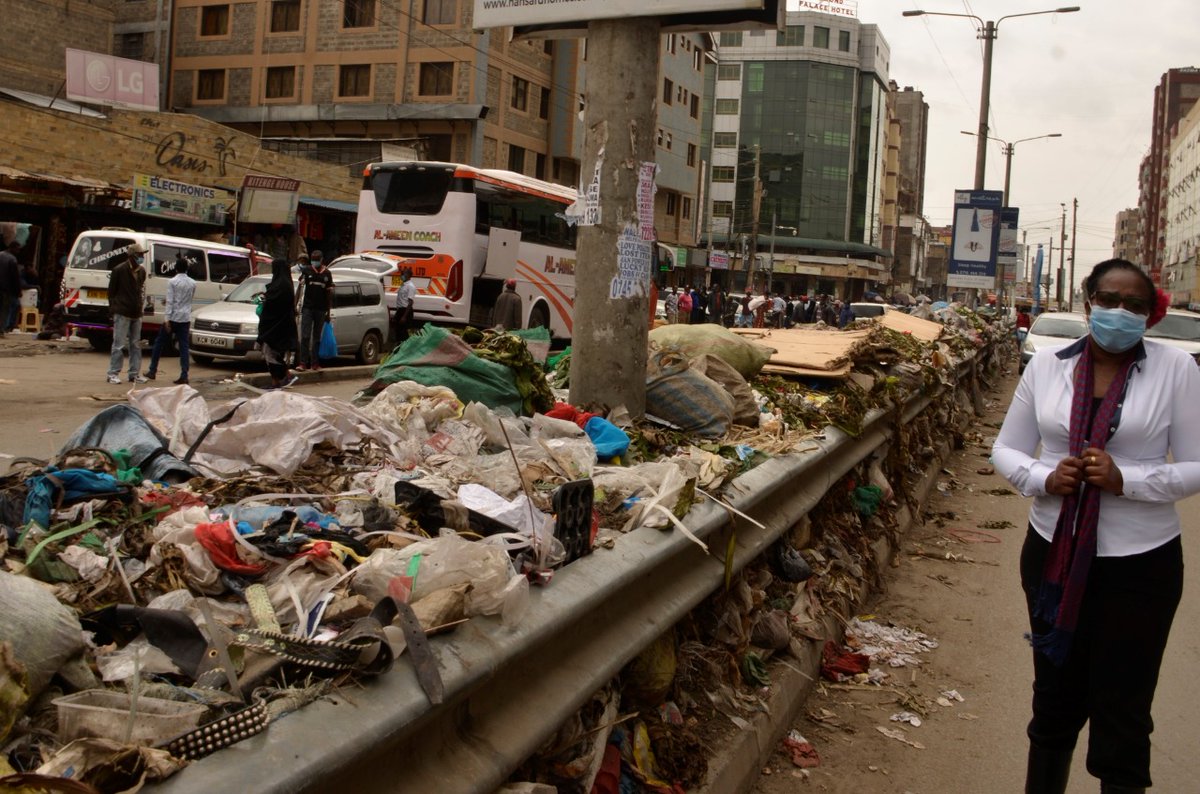 Eastleigh residents have now raised concerns over growing hips of garbage in the estate and with less concern from relevant authorities.

‘‘We fear that if quick actions is not taken areas like Eastleigh Airbase which have poor drainage system will have much problems of disease such as cholera and other water-borne diseases.’’ He said.

He further accused Nairobi Metropolitan Services for not responding to their request to have the matter addressed despite sharing with them pictures of deplorable state of areas affected.

‘‘We are in the same group with NMS environment officer in Kakumkunji sub county but what baffles us is despite reaching him and sharing the pictures with him he went mute and never responded to any.’’ Odhiambo told Ghetto Radio News.

‘‘Initially we had anti-dumping squad that helped the residents a lot at night to deal with all illegal dumping but since Nairobi Metropolitan services took over the squad disappeared.’’ He added.

They have now called on the national government to role out again Kazi Mtaani project in the area to help in collecting the garbage and cleaning the drainage system something that was being done when the project was still on course.

March this year NMS said it will deploy 210 new trucks to address garbage collection menace in the city.

NMS Environment Deputy Director Maureen Njeri said they have already purchased five of the trucks and that other contractors would meanwhile use their own trucks to offer the services.

“We are done with the procurement process and what is remaining is issuing out the contract letters,” Njeri said.