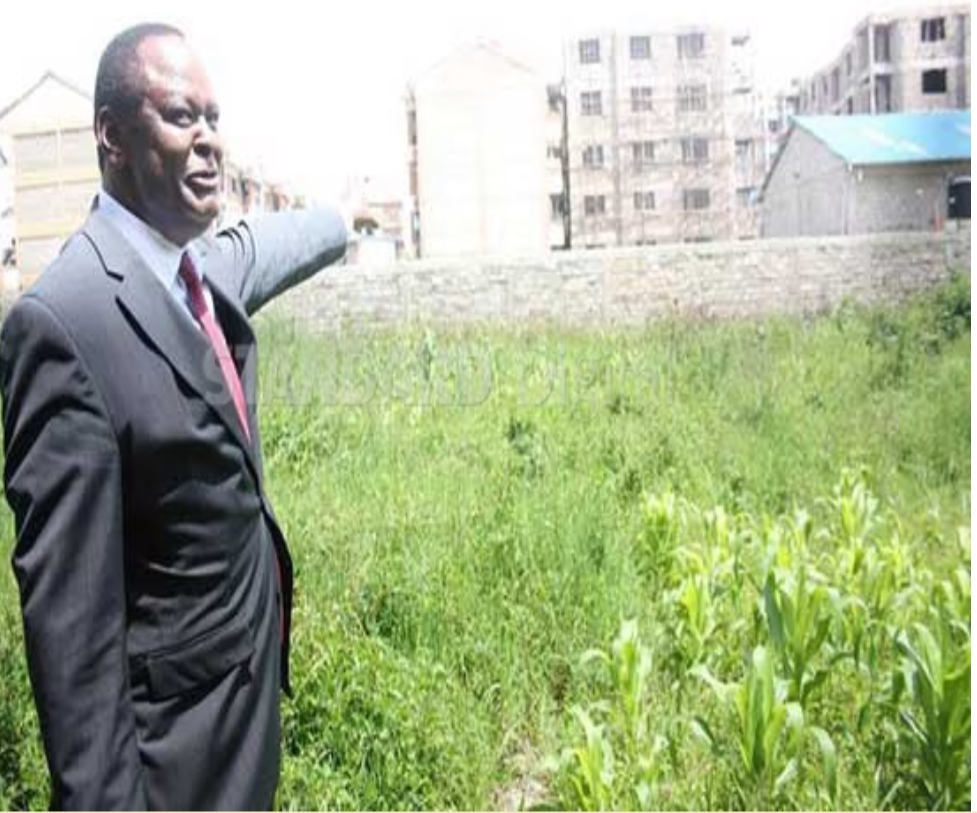 Controversial Director of Public Prosecutions, Noordin Haji is now on the spot over allegations of grabbing a piece of land belonging to Pumwani Hospital in Nairobi.

The valuable piece of land was illegally hived off from the Pumwani Hospital land by his associates who act on his behalf.

The ruthless private developer has ignore appeals by locals and the hospital to surrender the grabbed land and instead went ahead to start construction of rental apartments on the land.

The hospital now only sits on five acres of its original allocation of 20 after Haji’s associates grabbed 15 acres of the land.

The land was meant to host the Intensive Care Unit, main hospital blocks A and B, ablution block, operating theatre, mortuary, children’s playing ground as well as houses for doctors and healthcare providers.

City Hall officials have for years ignored taking action to recover the public land due to Haji’s influence on the matter.

Pumwani Hospital expansion plans have already stalled due to the rampant cases of grabbing of the facility’s land.

Last year, a city businessman filed a second petition at the Public Service Commission seeking the removal of Haji from office for gross misconduct.

The second petitioner, Francis Njeru claims the DPP has mismanaged his case where there is a property dispute between him, China Road Bridge Corporation, and ARJ Capital.

However, on March 2, 2020, he claims the DPP made an application to withdraw the matter from the court but his lawyer objected to the application and the magistrate also declined.

He has accused Haji of interrupting the matter for his own personal interest which is meant to ensure that the two directors are not prosecuted.

Njeru says that the actions of the DPP demonstrate a self-serving, nepotistic or egomaniac public officer that long abandoned his oath of office to protect his alleged family members, relatives, friends and relatives.

Njeru has also cited the Tecra Mungai murder inquest as one of the cases that the DPP has mismanaged where Haji withdrew murder charges against Omari Lali and recommended an inquest.