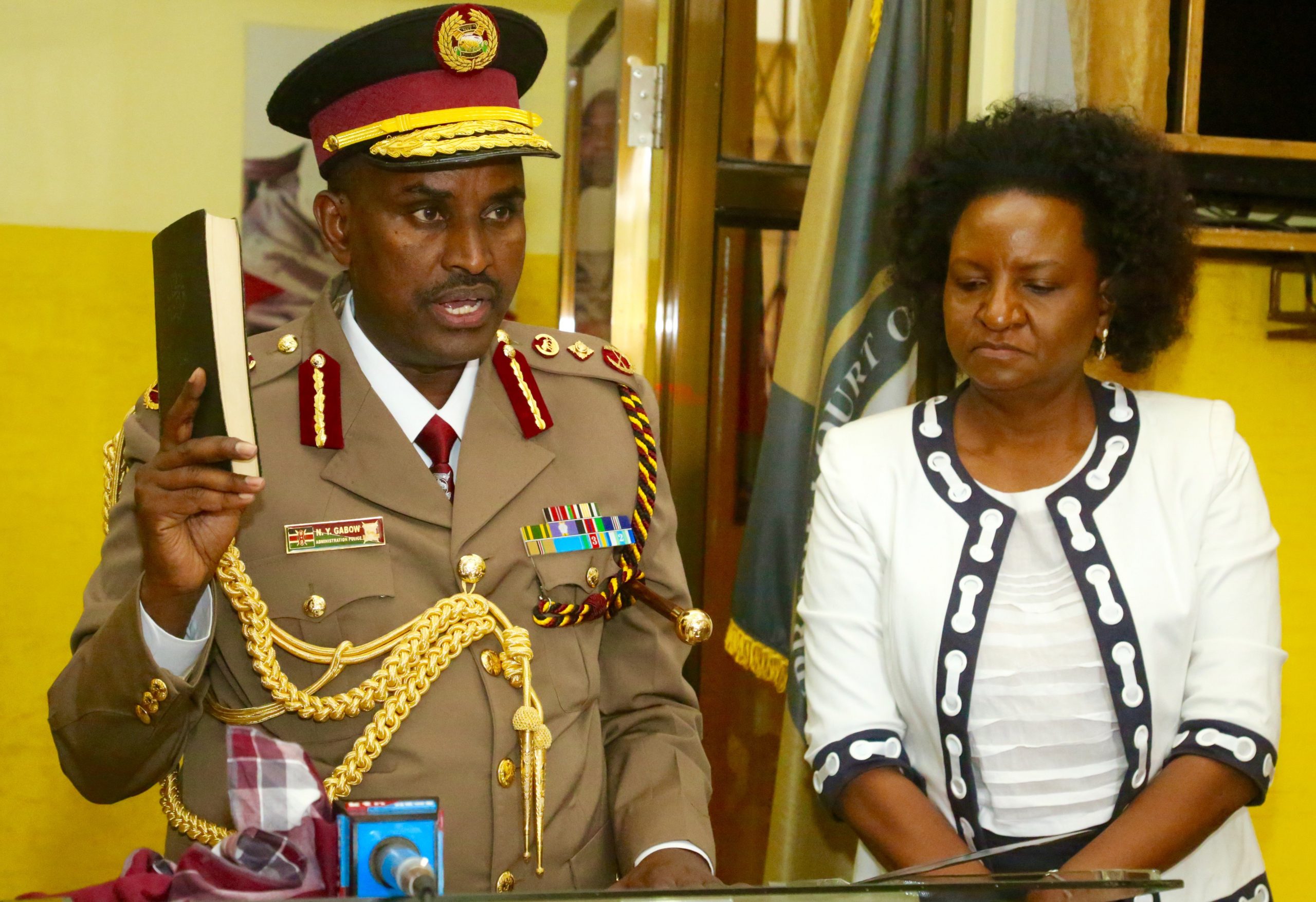 Ousted Wajir Governor Mohamed Mohamud allies are now blaming Deputy Inspector General Noor Gabow for meddling in the power wrangles that have escalated in the county.

Muhamud was impeached by the Wajir County Assembly and the senate confirmed his fate last month.

His deputy Mr Ahmed Ali has already been sworn in as the third govenor.

The besieged former Wajir boss on Thursday appeared to be angry with Mr Noor Gabow after he was blocked from accessing the Wajir Governor’s office at Delta House, Nairobi.

He was due to address the media on matters related to his ouster but police officers manning the building denied him access.

He was later forced to address media at a different place.

One of his close allies Idris Abdi a seasoned politician, told journalists that the Deputy IG has 2022 interest in Wajir politics and has no respect for the former county boss despite active court orders in place.

“This an impunity from one Mr Noor Gabow deputy IG,how can he give orders to block Govenor from accessing his delta house Cog offices ,just because he has interest in Wajir come 2022,”Idris said.

He asked the office of the Inspector General to investigate the matter.

“We have written to IG Mutyambai to take note on this matter so that incase anything happens to our govenor,Mr Gabow should be held responsible,”Idris stated.

Despite having been impeached ,Mr Muhamud still enjoys support from the council of Govenors.

The new govenor Mr Ahmed Ali Muktar was on sworn in as the third governor of Wajir County after the Senate gazetted the impeachment.