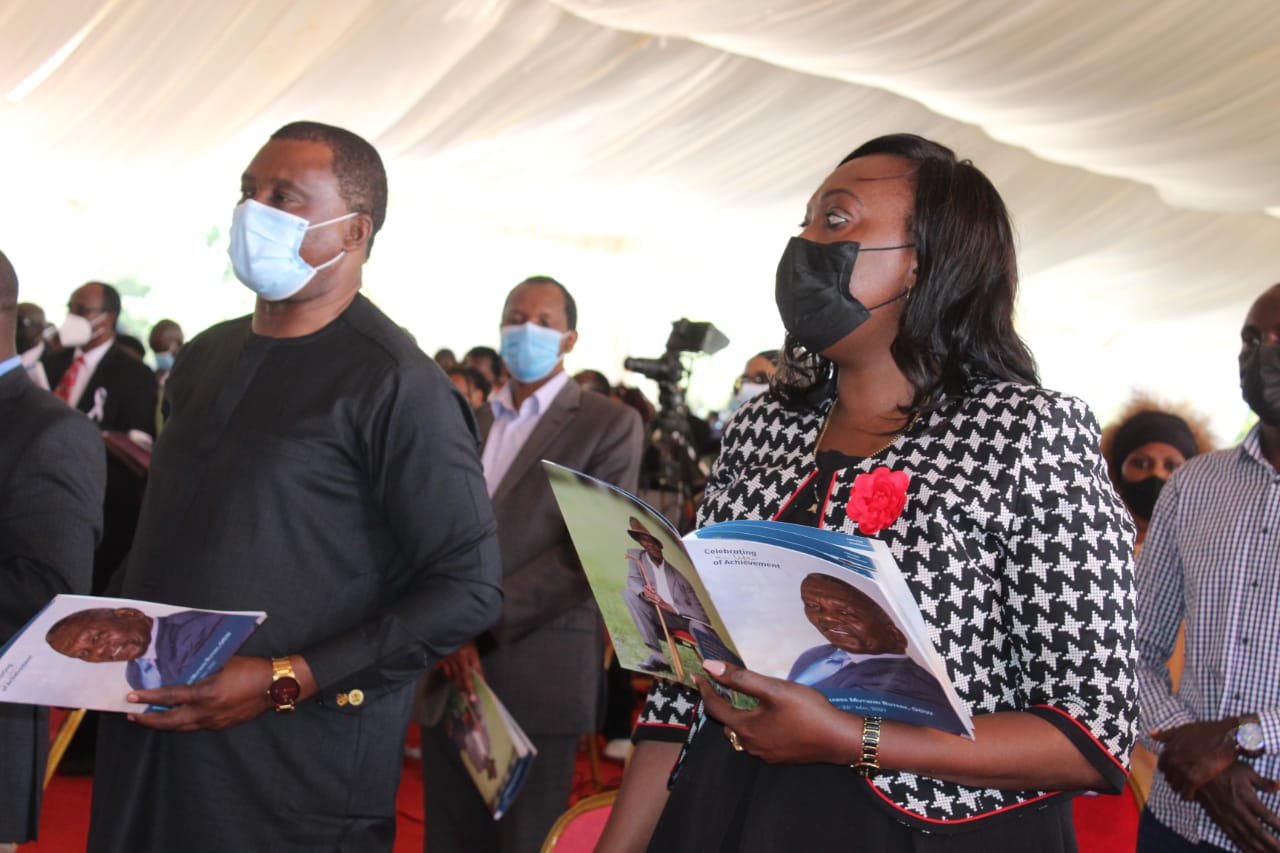 Nairobi City County Deputy Governor and acting Governor, H.E. Ann Kananu is currently in Isiolo attending the burial of Mzee Phares Rutere, who until his death was the Chairman of the Njuri Ncheke.

Says Ms Kananu, “The late Mzee Rutere was an asset to the Ameru community because his wise counsel united leaders from far and wide. Mzee was also a true nationalist who brokered harmony between the Meru, Njuri Cheke and other communities in the country and was like glue which held all the elders and members of the community together.”

“Mukuru” as he was fondly referred to by those close to him will be fondly remembered for his Philanthropy and as a servant of God who served his community and the people of Kenya with passion and dedication.

H.E. also rallied her support for National Assembly Speaker, Justin Muturi, said Ms Kananu “I fully support my brother Justin Muturi to be the next Ameru Spokesperson. I have confidence in his leadership and guidance capabilities. And he will take the Meru Community to the next level. “