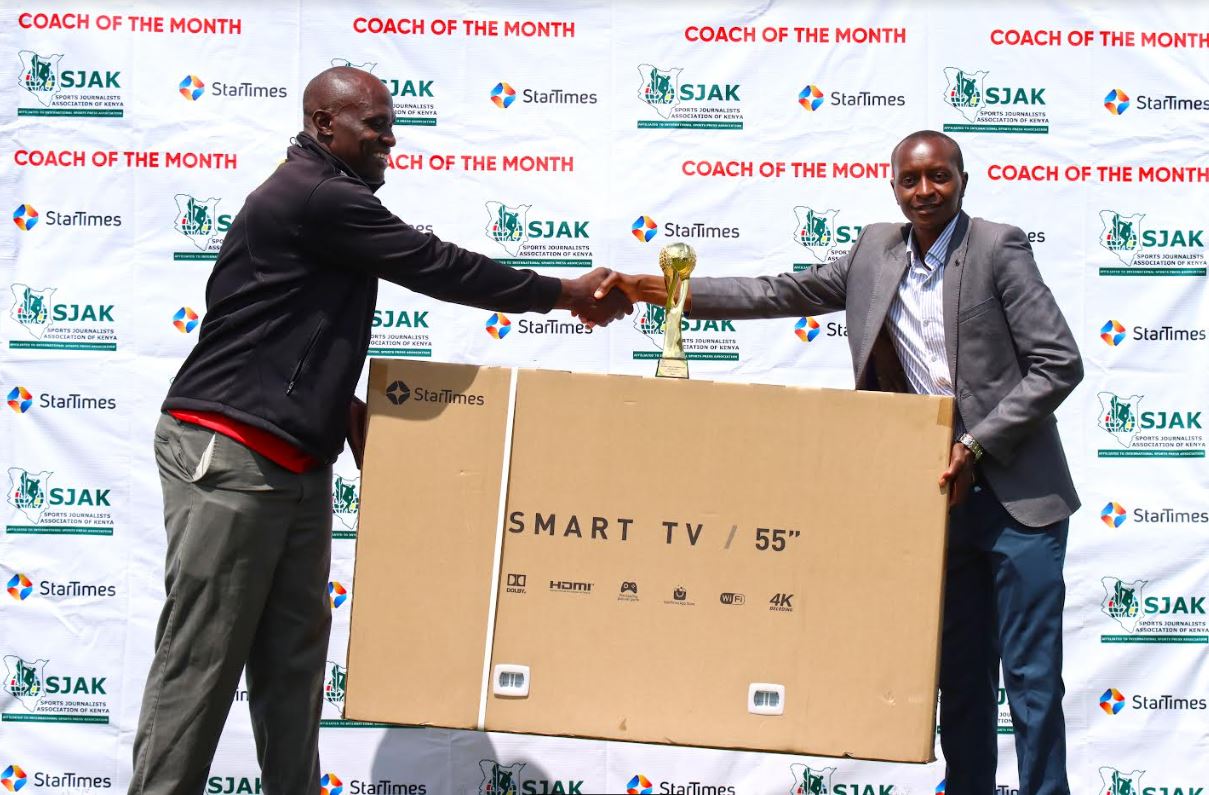 Kenya Lionesses head coach Dennis Mwanja has been named the inaugural StarTimes/SJAK Coach of the Month after he was selected as the top tactician in November 2022. Mwanja, who doubles up as the KCB Rugby assistant coach led the national women’s 15s team to win the Africa Cup title pool B in Kampala, beating hosts Uganda and Zambia.

On top of being named the Coach of the Month, Mwanja walked away with Ksh 100,000, a StarTimes 55-inch smart television set and a personalized trophy thanks to title sponsor StarTimes Kenya.

Speaking after receiving the award on Wednesday at the home of Rugby, RFUEA Grounds, Mwanja said;

“I am extremely humbled to win the inaugural award of the coach of the month edition. For so many years fellow tacticians have been trading their skills with no recognition but it is quite a pleasant surprise to be honoured with this award,” an elated Mwanja said.

“This marks the beginning of new dawn for Kenyan coaches. Previously we had partnered with SJAK to award sports personalities. Upon our contract renewal we made the decision to take it a notch higher by recognizing the coaches who work tirelessly in molding Kenyan athletes into excellent competitors,” the StarTimes boss said.

On his part, Chris Mbaisi, President of the Sports Journalists association of Kenya also lauded the new partnership citing that it is a positive move taken to contribute to the development of sports in the country.

The win for Lionesses in Kampala, saw the Kenyan girls qualify for the Africa Cup Group A competition to be held in 2023 where they face powerhouses, South Africa, Namibia and Cameroon. This competition will also serve as a qualifier for the inaugural World Women 15s in 2023.To win this award, Mwanja, the former Kenya sevens skipper beat tough competition from fellow coaches Meshack Senge of Strathmore Gladiators hockey team, Paul Gitau of Kenya Pipeline volleyball team, David Obuya of Cricket Kenya and Curtis Olago of KCB Rugby.