Debroso Construction On The Spot for Harassing Motorists on Thika Road 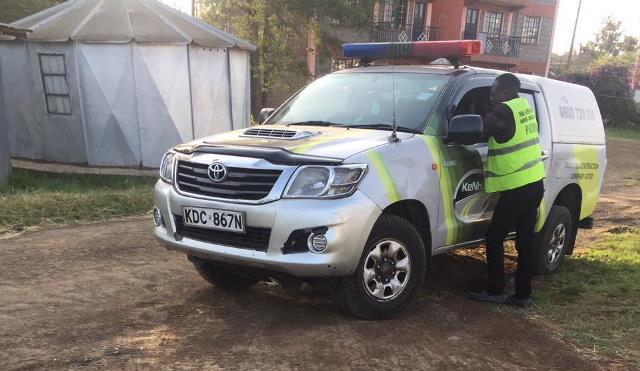 Last week, a motorist who requested anonymity had it rough while driving his sick son to hospital.
Before turning at the Ruiru bypass, he was blocked by several matatus who were dropping and picking passengers.

He said that as he waited for the matatus to give way, a vehicle labeled Highway Patrol belonging to Debroso Construction Company overlapped and blocked his way.

“The occupants who were in civilian demanded my driving license. I refused to give them. They forced me to drive behind them to Kahawa Police post,” he said.

The motorist said that at the Station, the occupants of the Highway Patrol Car registration number KDC 867N demanded shs 10,000 bribe from him.

“At first they demanded I leave my car at the station or we negotiate and I part with something small. Since I was going to hospital, I was forced to part with the cash,” he said.

When reached for comment, one of the Directors of Debroso Construction Company Abdi Mumin said he was too busy to respond to our queries on why his staffs were mistreating motorists.
“I am in a meeting. Too busy,” he said.

The matter was reported to KenHA.
Several other motorists have complained of harassment.

Motorists want the Ministry of Transport and the Police to intervene and bar the Debroso staff from harassing and extorting from them.

The company, Debroso Construction Company Ltd was started in April 2013 and was tasked with repairing and maintaining the Nairobi-Ruiru section of the highway.

According to tender details, Debroso have under surveillance, the section of the road for two years.

They were also required to do repairs.
According to media reports, as at December 2019, Debroso was yet to remit taxes amounting to Sh58 million.

In the same year, the company was run by two directors; Adow Ali Adan Hassan and Abdi Qafar Ali Adan – who in the years that the private entity had been running had never filed their taxes.

The same company was in 2017 awarded a tender to construct a high court at Maralal town in Samburu County.

The court was still incomplete in April 2019 when then Chief Justice David Maraga threatened to pull the plug on the project.