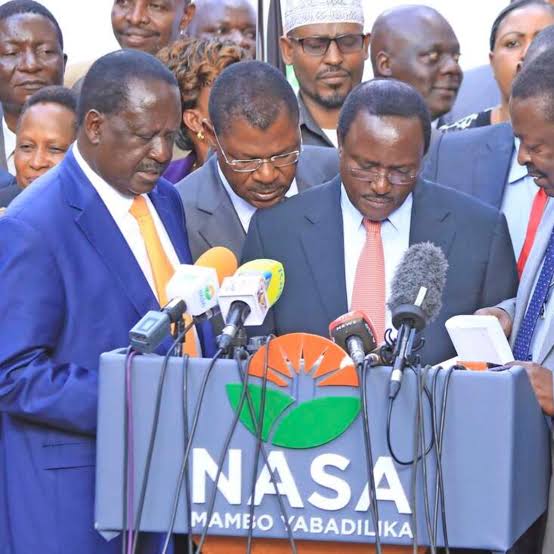 This comes after Wiper, ANC, Ford Kenya and Chama Cha Mashinani wrote to her office announcing their withdrawal from the coalition.

In a letter which was copied to ODM leader Raila Odinga, ANC’s Musalia Mudavadi, Kalonzo Musyoka of Wiper, FORD-Kenya’s Moses Wetangula and Isaac Ruto of Chama Cha Mashinani, Nderitu noted that the resolutions of parties were executed as per set requirements.

“This Office shall, in line with Regulation 22 (2) of the Political Parties (Registration) Regulations, 2019, publish a notice of the dissolution in two newspapers,” Nderitu said.

In a joint press briefing on August 3, 2021 Wiper, ANC and Ford-Kenya party leaders announced their resolution to leave the NASA coalition, adding that they would engage other parties as the One Kenya Alliance (OKA).