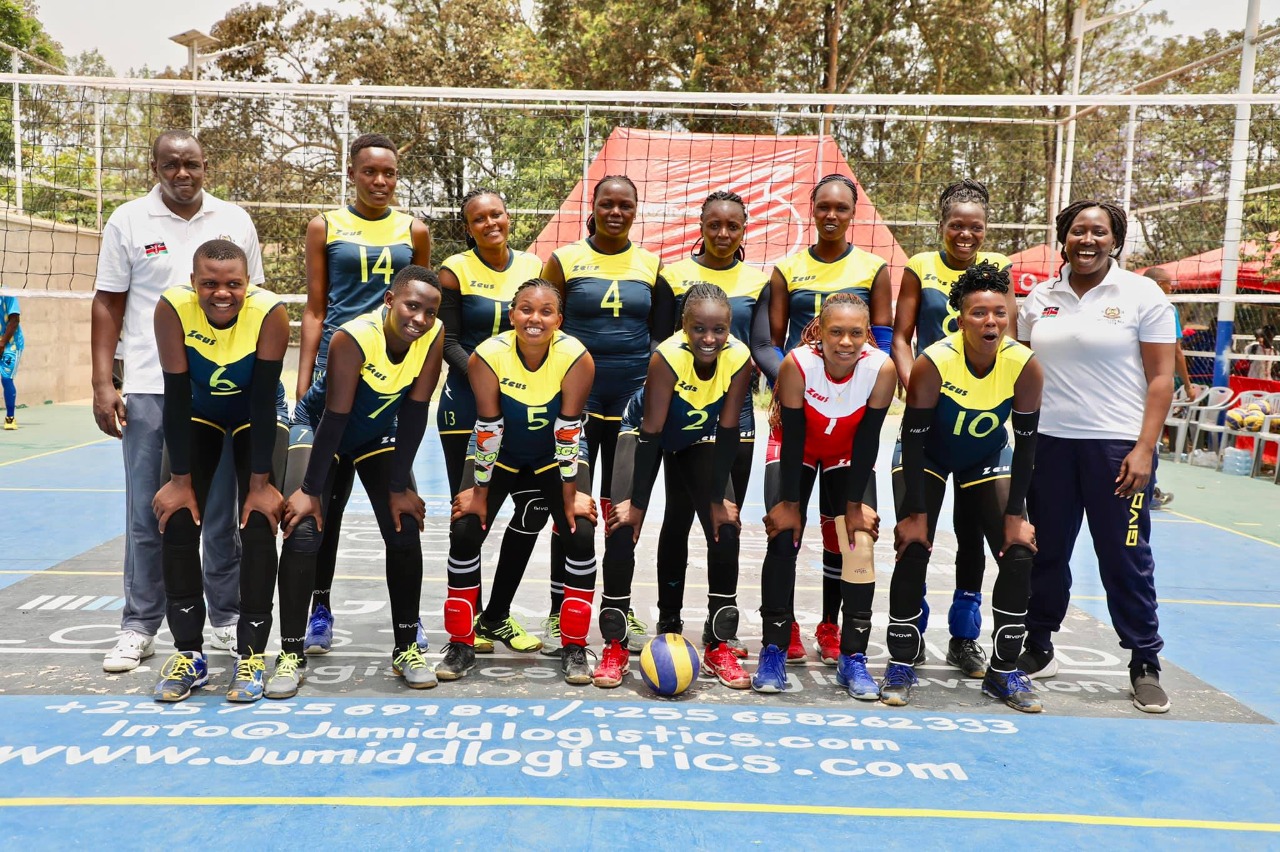 DCI volleyball Queens who are also the Nyerere Cup title holders are defending their title in this year’s Nyerere Cup championship, currently ongoing at the Ngarenaro sports complex in Arusha,Tanzania.

The team which entered into the second day of the competitions thrashed fellow compatriots Hakika three sets to one, in one of the most sought after encounters at the Ngarenaro sports complex.

The queens stepped into the pitch on the foot of Mt Meru in their signature blue and yellow attire, to a rousing reception by enthusiastic fans who were looking forward to the game.

The first set proved an uphill challenge for the home team as the opponents took advantage of their height to harass our sleuths, leaving head coach Daniel Bor, pacing up and down the pitch in search of answers.

Buoyed by their win, Hakika came into the second set in high spirits but they were stopped on their tracks by our queens, who snatched the set 26-24, in a highly competitive encounter that left the technical bench literary on the edge of their seats.

Paired with prolific setter Faith Imondia, Indeche skillfully attacked the opponents side setting the pitch ablaze. Middle blockers Peris Chemutai and Caroline Sirengo, blocked almost every shot from the opponents. The sleuths displayed a consecutive masterclass that saw them steal the set by 25 points to Hakika’s 23.

The comeback silenced the opponents’ fans, others choosing to cross over to our side.
Meanwhile, Josephine Wafula clinged on the limelight of the fourth set as she stubbornly stopped the opponents’ shots from reaching the ground. The queens comfortably took the set with ease to win the game.

Earlier in the first game of the tournament, the DCI Queens had stunned hosts Arusha Queens three sets to nil in a one sided affair, scoring 25-13, 25-7 and 25-9 in the first, second and third sets consecutively.
In the the same tournament, our counterparts General Service Unit who are also the men’s defending champions made their presence felt by taking two consecutive wins against Nairobi Water and Mafunzo from Tanzania.