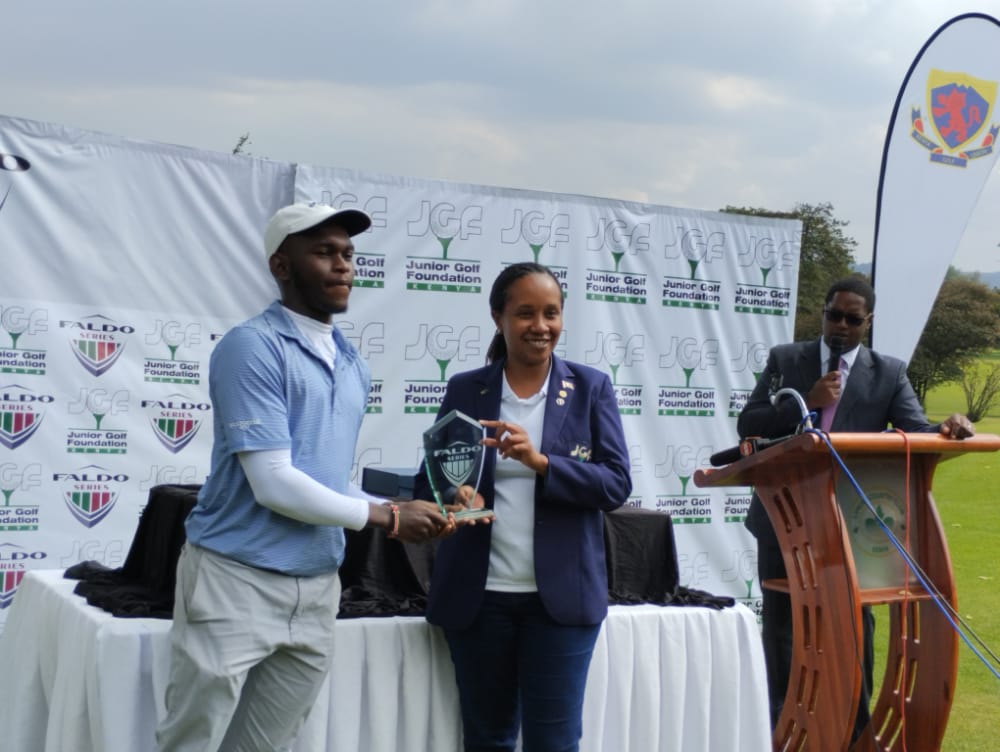 Kiragu won after the second sudden death play off with Elvis Muigua of Kiambu Golf Club.

The play off was determined after they both played 228 gross after the three rounds of 18 holes each.
Other winners that have qualified play the Sir Nick Faldo Series Grand Finale in Abudabi after topping in their age categories include ; Channelle Wangari of vet Lab Sports Club , Krish Shah of Vet Lab Sport Club , Faith Ontune of Golf Park Golf Club.

The four qualified to play the final round after making cut yesterday to make it to top 48 players.
The tournament which was played at Limuru Golf Club from 10th – 12th September 2022 attracted a total of 62 elite juniors drawn from different clubs across the country including Limuru, GolfPark, Muthaiga, Kiambu, VetLab, Windsor, Nakuru, Thika Sports, Naivasha, Royal Nairobi, Ndumberi, Karen, Nyali, Kenya Railway and Sigona Golf Clubs.

We are privileged to be the first country in Africa to host this event. We do believe that next year we will get bigger numbers drawn from our neighboring countries Uganda, Tanzania, Rwanda , Burundi and many more. Said Honorary Secretary – Kenya Golf Union Mr. David Ndung’u.

Speaking after being awarded, Kiragu said he will stick to Amateur Golf until he finishes school.

The finals of the FALDO series are expected later in the year which will be held in Asia.

The tournament is a World Amateur Ranking Event that is part of the global Sir Nick Faldo Series which exposes the juniors to a great competition experience and in the long term enhances the development of ardent junior golfers to professional levels.