Couple who Wedded With Ksh100 Say They Were Duped 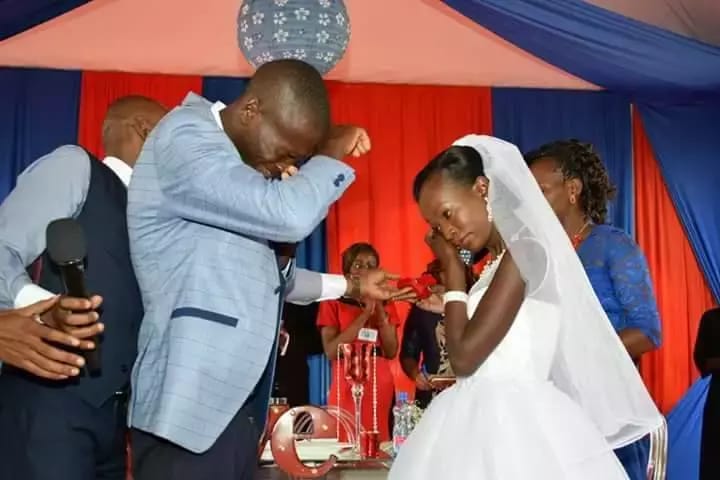 Five years ago Everyone celebrated love in its purest form when Wilson Mutura and Ann Muhonja used only Ksh100 to celebrate their love for each other in 2017.

With Ksh 100, Wilson paid for their wedding bands and went to his pastor at the Community Christian Worship Centre in Kasarani asking him to officiate their union.

When the pastor posted this beautiful story on his Facebook page, the story went viral.

Many people chipped in and threw them a posh wedding that cost a cool Ksh 3.8m.

Five years later, Wilson and Ann are still together. In an interview yesterday they said after their honeymoon, people advised Ann to leave Wilson.

“If you lay a strong foundation in marriage, nothing can break it no matter what,”said Ann.

Supporting his wife’s sage observation, Wilson added, “As a married man, there are so many challenges, and one way to overcome that is to have a close relationship with your wife.”

The foundation of their relationship was forged in the church where they met.

“We met at our church’s youth conference and I noticed you were the best dressed of everyone else in the group. I made the first move and asked for his number. and that is how we started talking,” Ann narrated their first encounter.