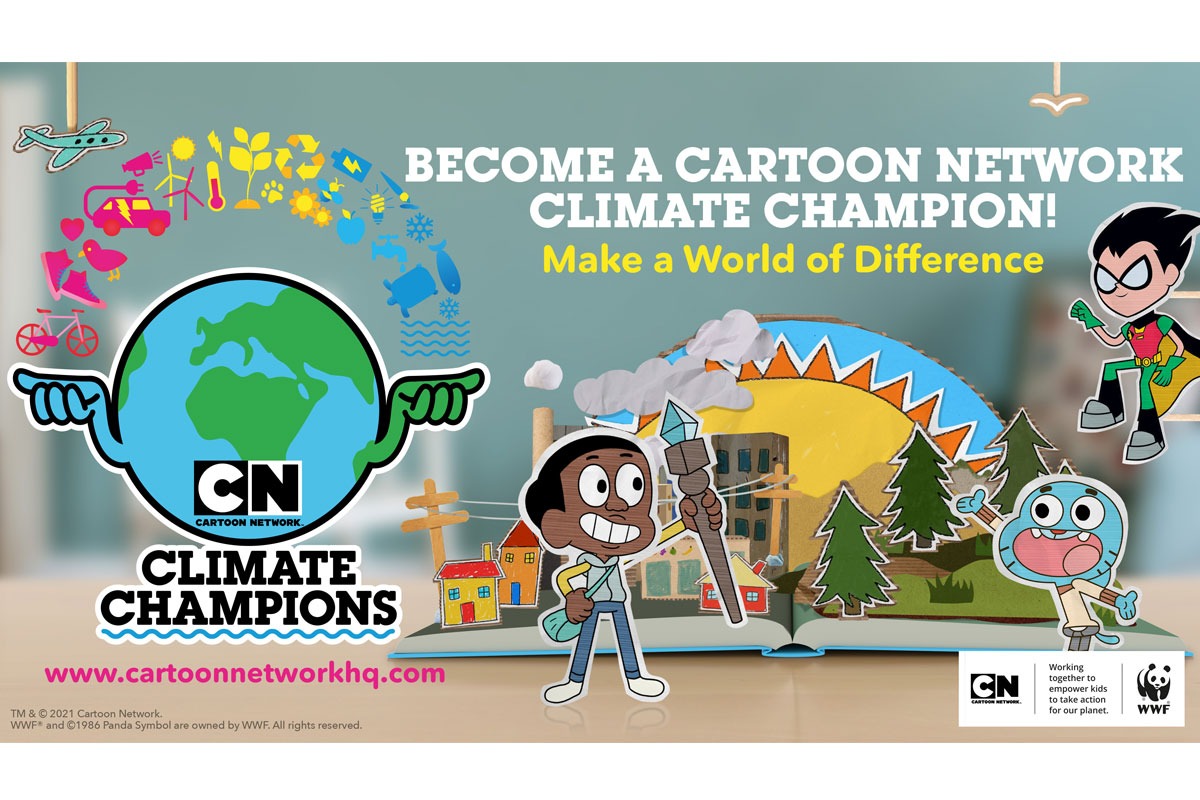 Cartoon Network has announced a brand-new multi-territory and multi-language climate change awareness initiative launching across Europe, the Middle East and Africa (EMEA). The campaign, Cartoon Network Climate Champions, sets out to inspire and invite kids to take on small challenges that can make a world of difference to the health of our planet.

At the heart of the campaign is the website which offers kids across Africa a safe place to learn about climate change and be inspired by other young changemakers from around the world taking positive action to tackle the issue. Most importantly, the site gives kids the chance to make a difference themselves through daily challenges, designed to inspire and motivate them to make changes at home, at school, and in their local communities.

The challenges are categorised by different themes – some of them recognising key climate awareness moments such as World Environment Day on the 5th of June and World Oceans Day on the 8th of June. By completing the challenges, the Climate Champions earn digital rewards for a virtual garden that they can nurture and grow.

In total, there are more than 100 small actions and challenges that kids can take part in, as well as fun quizzes, games and videos. They can keep track of their progress through a global activity map, updated live for every completed action. The map shows how the Climate Champions are making a difference in Africa and across the world, creating a community of young people joining forces for the climate.

The initiative is supported by WWF, one of the world’s leading independent conservation organisations. Cartoon Network has teamed up with WWF to provide simple and accessible explainer videos about the issues behind the climate-related headlines in ways that kids can understand.

As part of the campaign, Cartoon Network has also collaborated with the Digital Video team at CNN to produce a series of first-person video articles featuring young change-makers across the EMEA region to inspire the Climate Champions and motivate others to get involved. The short vignettes spotlight some of the initiatives that young Cartoon Network fans are already involved in at a grassroots level and show how they are making a difference.

There’s a wealth of knowledge that kids all over the continent can learn from local African change-makers, Buhle Easton and Jonathan Maine from SA, and Dzifa and Senam Panou from Ghana.  12-year-old Buhle strongly believes saving the planet starts with small and easy things for everyone to do every day like turning off the lights in the morning and not littering. 11-year-old Jonathan is a proud Cartoon Network Climate Champion who is passionate about water conservation and looks forward to doing his part to make a change. Widespread pollution is a concern for brothers Dzifa and Senam, aged 11 and nine years old, respectively, and spurred on by the belief that it is time for humans to give back to the planet, they have taken on the responsibility to pick up litter around their neighbourhood.

Cartoon Network Climate Champions launches across Africa today  and will continue to be a focus for Cartoon Network throughout the year. Tune in to Cartoon Network Africa and join the campaign website from the 1st of June to learn more about how you and your family can help our planet!