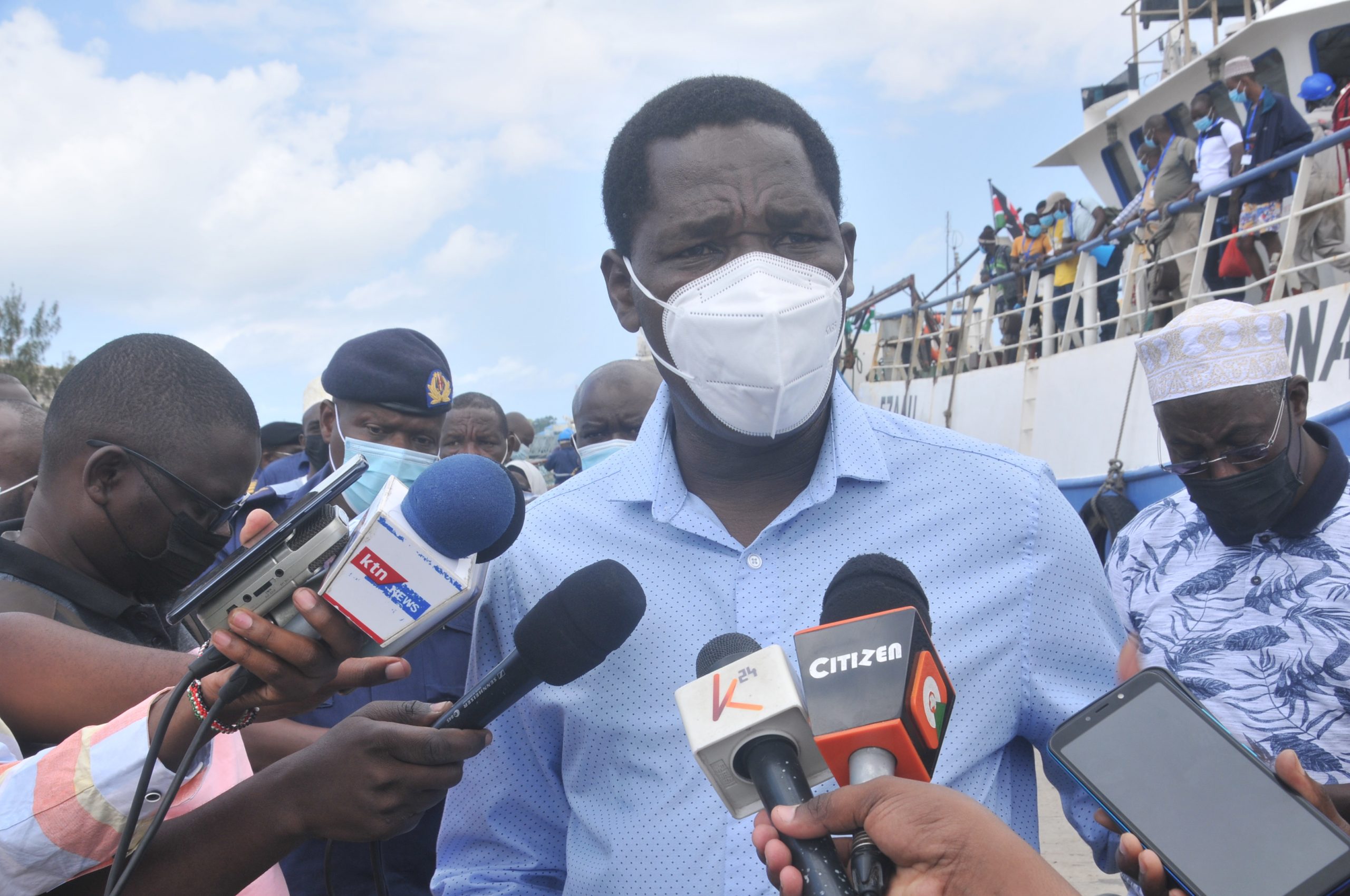 Deputy President William Ruto has been challenged to come out openly to explain his aborted foreign trip.

He insisted Ruto is the best placed person to tell Kenyans why his trip aborted at the Jomo Kenyatta Airport after being barred from boarding a plane.

“But according to my understanding a civil servant must be cleared by the government first before travelling out of the country,” he pointed out.

Munya said the government protocol is clear that any civil servant who wants to travel outside the country must get clearance first.

He was answering questions from journalists during the flagging off of a fishing crew who are undergoing training at deep sea on board fishing vessels a Liwatoni fishing complex in Mvita constituency, Mombasa county.

The CS pointed out government rules and regulations must be adhered to before a civil servant travels outside the country.

Munya told Ruto to stop misleading the country over his aborted trip and challenged him to be honest and come out clear.

He told journalists whether the trip was official or not the requirements must be followed before one is allowed to travel outside the country.

“The government has official clearance requirements to be followed before one is allowed to travel to a foreign country,” he pointed out.

At the same time the CS has urged fishermen and stakeholders to join hands with the government to embark on exploiting the blue economy space and the resources.

He pointed out the annual training program of 1,000 fishing crew will go a long way in providing jobs in fishing and fish handing and processing facilities.

“There exists a lot of potential in marine waters which has now become a key area of focus by the government,” he pointed out.