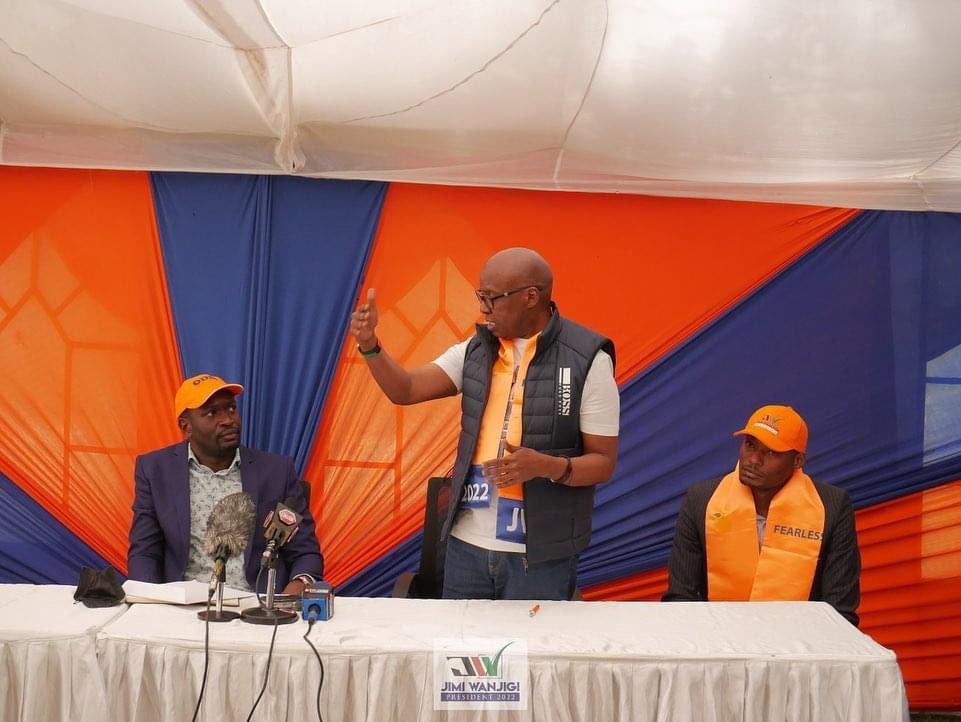 Earlier this month, Businessman Jimmy Wanjigi shocked many when he announced that he is interested in running for the countries highest political seat through the Orange Democratic Movement (ODM) party ticket.

While many might have termed this as a political bluff, yesterday Wanjigi visited the party Headquarters to present credentials to the party officials.

The Murang’a tycoon requested the party officials to consider re-opening the application for the presidential candidature and give him a fair chance.

“I have come to announce that I will be vying for the ODM party leader position in the coming primaries. We would like you to open up the nominations for the presidential tickets. If the exercise was suspended, then it means it can be opened. We are optimistic that you will open up the process and give us time to submit our papers formally,” said Wanjigi.

Wanjigi declared that he is ready to face ODM party leader Raila Odinga and others in the party priminaries.

ODM Secretary General Edwin Sifuna assured him that the applications for the parties candidature will be re-opened once NEC approves of the process.

The businessman who has been bankrolling the ODM party for the longest time said that now it’s his time to lead the country.

Wanjigi assured Kenyans that he will be on the ballot paper in 2022 general elections and called on the party to conduct fare nomination Other leaders aspiring for the presidential seat through the ODM ticket include Kakamega County Governor Wycliffe Oparanya and Mombasa County Governor Hassan Joho.