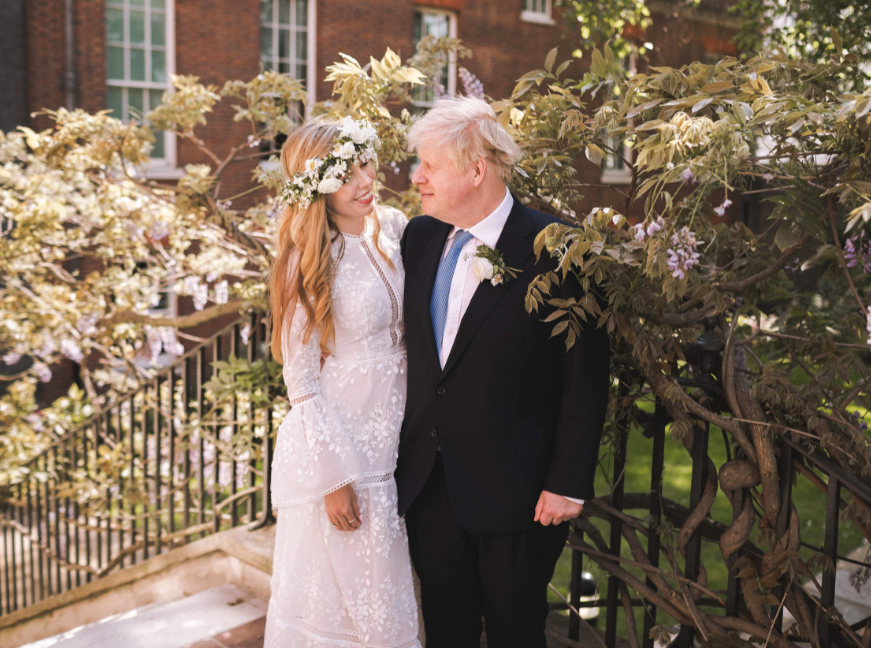 British Prime minister Boris Johnson tied a knot with his fiancée Carrie Symonds on Saturday in a private ceremony attended by few family members and friends.

His press confirmed that the two Lovers tied the knot at the Roman Catholic Cathedral at Westminster where a small group of family and friends were present. The team said the couple will celebrate their wedding in the next summer, July 30th 2022.

Boris wore a black suit and the Bridal wore a white gown with a floral headband. Due to Covid-19 restrictions not more than 30 people attended the wedding.

Boris who is 56 and Carrie who is 33 announced their engagement last year February and a few months later their son was born. This is his 3rd marriage with at least 5 children from the past relationships.