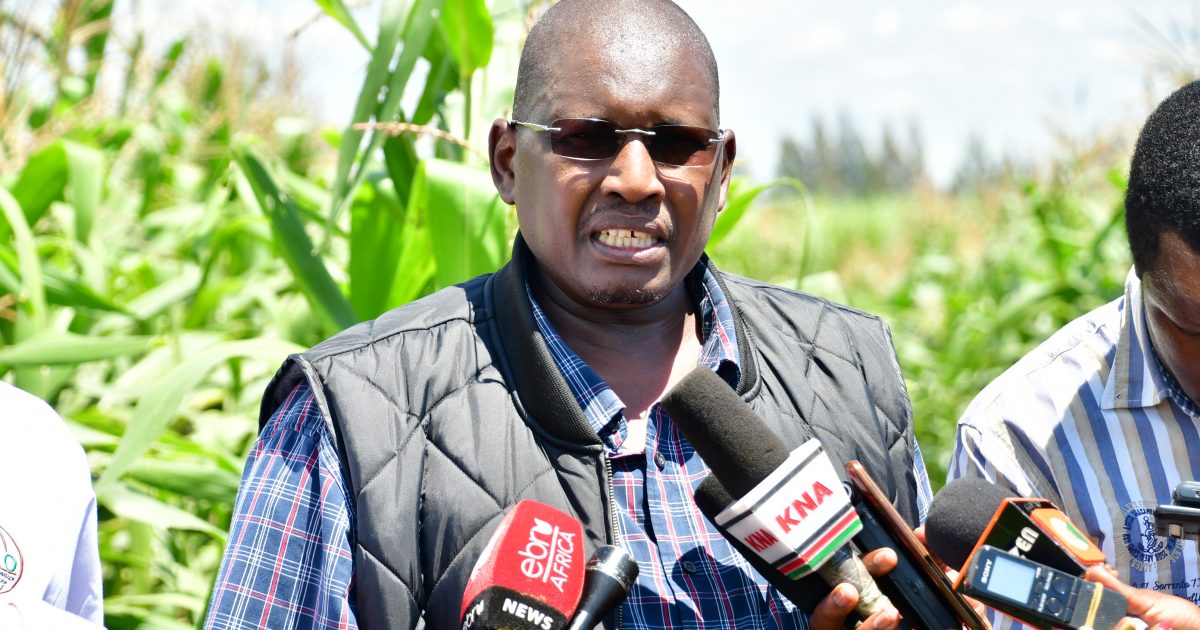 The National Biosafety Authority (NBA) Board during the 41st Full Board Meeting held on 15th June 2021, approved the application for environmental release of genetically modified (GM) cassava.

The approval was based on food/feed safety and environmental safety assessment which showed that the cassava varieties containing Event 4046 are unlikely to pose any risk to human and animal health or to the environment when consumed as food or feed or when cultivated in the open environment.

The variety was thus shown to be as safe as the conventional varieties that have been cultivated by farmers over the years. This approval implies that Kenya is the first country globally to consider a request for environmental release involving cassava crop.

After several years of laboratory, greenhouse, and confined field trials conducted locally in Mtwapa, Alupe, Kandara and Nairobi by Kenyan scientists, the application for environmental release and placing on the market of genetically modified (GM) cassava was submitted to the NBA by Kenya Agricultural and Livestock Research Organization (KALRO) on 9th March 2020.

The GM Cassava has been developed using RNA interference (RNAi) technology. RNAi is a natural biological mechanism that regulates the expression of genes. The improved cassava is resistant to Cassava Brown Streak Disease (CBSD) because of the modern biotechnology used to express the high levels of resistance. CBSD is a common viral disease present in Kenya and is spread by whiteflies and by infected cuttings. Cassava farmers will be protected from devastating losses caused by CBSD.

Together with consumers, farmers will benefit from increased cassava root quality and marketable yield. This technology has been used globally in other already commercialized crops like papaya, squash, and plums consumed by humans in China and the USA without any known human or animal health implications.

Earlier last year, an announcement to invite the public to submit written comments or memoranda within 30 days was made. The cassava application summary was placed in the dailies (Daily Nation and Standard Newspaper), Kenya Gazette, and NBA website on 15th May 2020and comments were received until 14th June 2020. Public forum on the application was also held on 10th June, 2020.

Issues raised during the public participation were adequately addressed. The GM cassava application was reviewed by experts on food safety, environmental safety assessment and the Relevant Regulatory agencies and was shown to be as safe as the conventional cassava variety. For socio-economic impact assessment, analysis and expert opinions indicate that GM cassava is not expected to change the farming systems currently in Kenya.

The effective management of CBSD disease will be of economic and social benefit to the Kenyan population. The anticipated increased in cassava yields as a result of the intervention will significantly contribute towards addressing Food Security and Nutrition, and Manufacturing.

The two are part of the governments’ ‘Big 4 Agenda’, which were launched to end hunger, achieve food security, improve nutrition, and promote sustainable agriculture. This approval is for the purpose of conducting National Performance Trials (NPTs), which is the penultimate stage for full environmental release and placement into the market. Full approval will be considered by the Board after the NPTs have been finalized. This approval is valid for a period of five (5) years from the date of authorization.