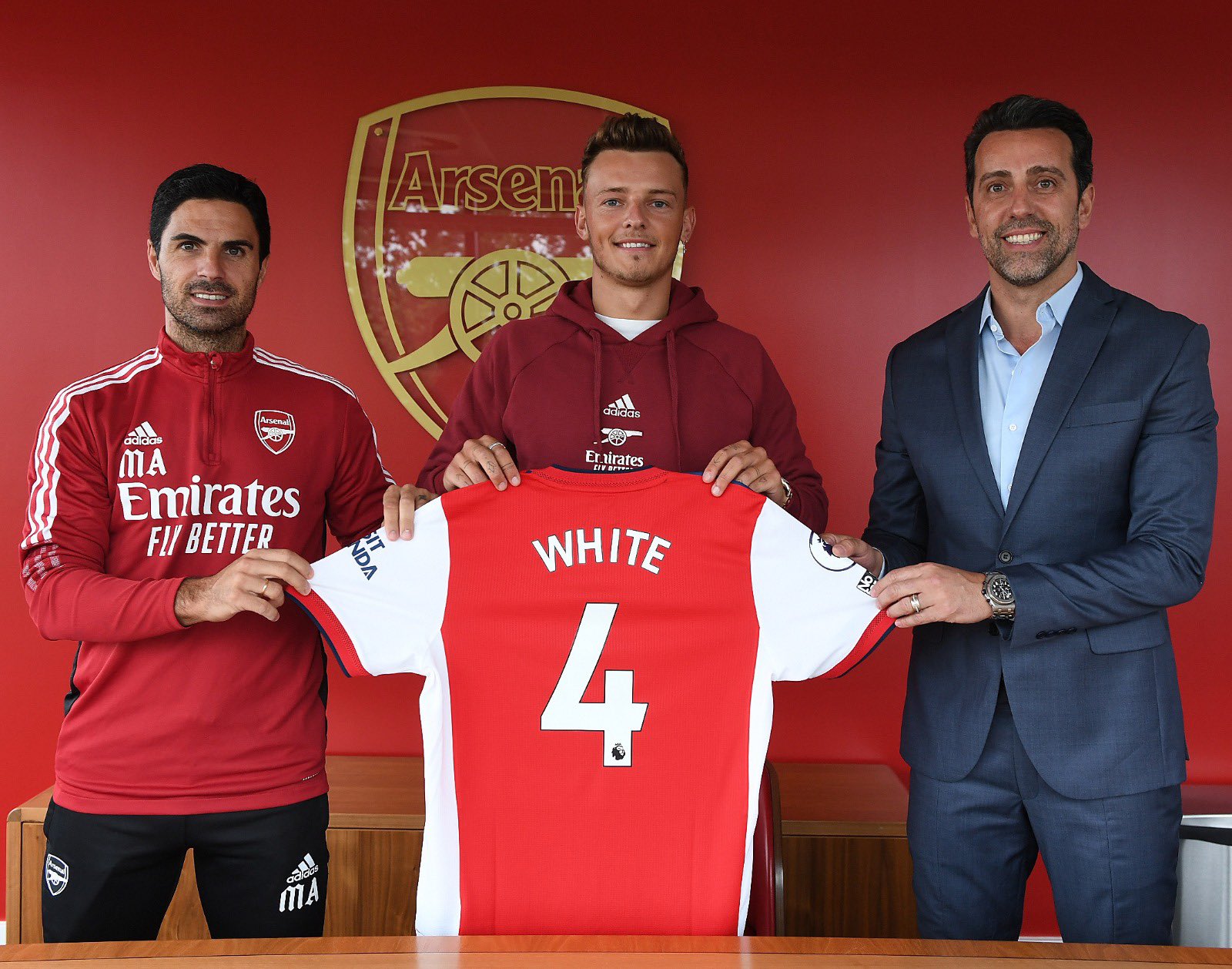 Arsenal have signed England defender Ben White from Brighton in a £50m deal.

White, who was a late call-up to Gareth Southgate’s England Euro 2020 squad, has signed a five-year deal with the option of a further year and will wear the No 4 shirt.

Arsenal saw two bids for the 23-year-old rejected before an agreement was reached with Brighton, who have inserted a sell-on clause.

Arsenal manager Mikel Arteta said: “Ben was a top target for us and it’s great that we’ve completed his signing. Ben has been educated with two very good clubs, Brighton and Leeds, in recent seasons. He has benefitted well from two very good coaching set-ups and has shown with both Brighton and on loan with Leeds what a strong talent he is.

“Ben is an intelligent defender who is very comfortable with the ball at his feet and his style fits perfectly with us. And of course, he is still young, so his age and profile fits with what we are building here. We are all looking forward to Ben being central to our future long-term plans.

White will immediately join up with his new team-mates ahead of the Mind Series friendly match at home to Chelsea on Sunday.

He is the club’s third first-team summer signing, after left-back Nuno Tavares joined from Benfica for around £8m and midfielder Albert Sambi Lokonga arrived from Anderlecht.