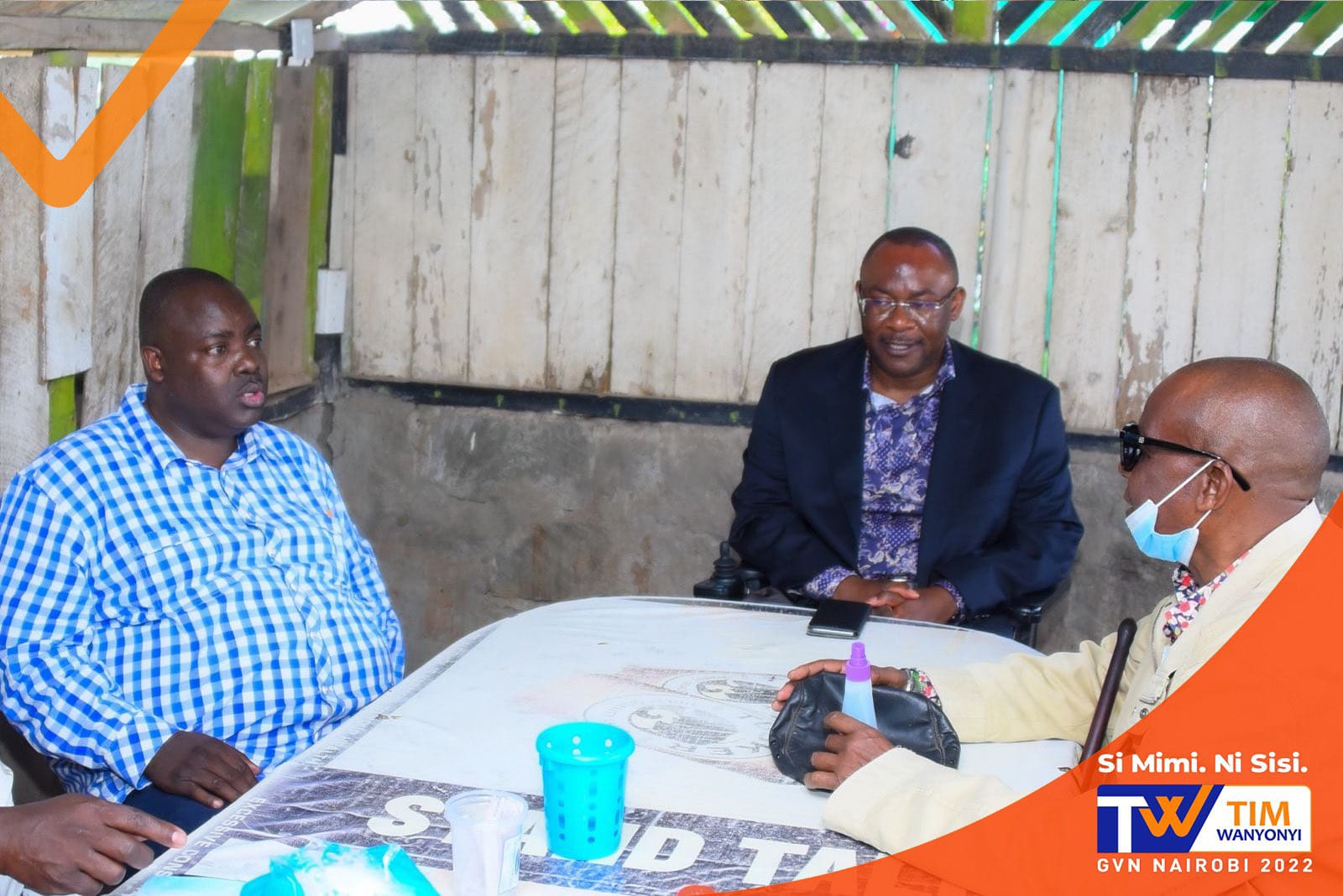 Power battles in Nairobi have now shifted to the position of the Deputy Governor, with potential nominees pulling all kind of mind games.

Yesterday, Westlands MP Tim Wanyonyi held a meeting with Makadara MP George Aladwa in Kajiado County in what was described as a meeting aimed at solidifying the Luhya voting block in Nairobi.

However, it has emerged that the two met to discuss the possibility of working with Jubilee’s Richard Ngatia in the capacity of deputy governor position.

Media reports have indicated that Ngatia has the blessings of President Uhuru and ODM leader Raila Odinga to be the Azimio la Umoja candidate.

Our sources have revealed that  Wanyonyi convened the meeting following revelations that he has been advised to defend his Westlands seat by ODM top brass in order to pave way for the Ngatia- Aladwa ticket that will face off with the Kenya Kwanza duet.

According to the source, Wanyonyi is open to negotiations with Ngatia and that his meeting with Aladwa was to implore on the Makadara legislator to defend his seat.

“The talks have begun and both Wanyonyi and Aladwa are aware that Ngatia is going to fly the Azimio ticket.There meeting is precisely based on power sharing formula and one of them has to be the deputy,”He said.

On the other hand, Nairobi Governor Ann Kananu is also pulling her strings, with political observers opining that she is raising her stakes to either rally behind Richard Ngatia or Deputise Tim Wanyonyi if the MP manages to get to the ballot.

” Kananu is 100 percent raising her stakes to negotiate and she must be in good terms with Ngatia and it’s only a matter of town before she withdraws,”He added.

Another candidate in the matrix is business woman Agnes Kagure whose plan is not clearly known. She has not actively been involved in the Azimio movement activities in the city and her campaigns have remained low key.

Kagure has also been viewed as someone after negotiations with the Ngatia team.