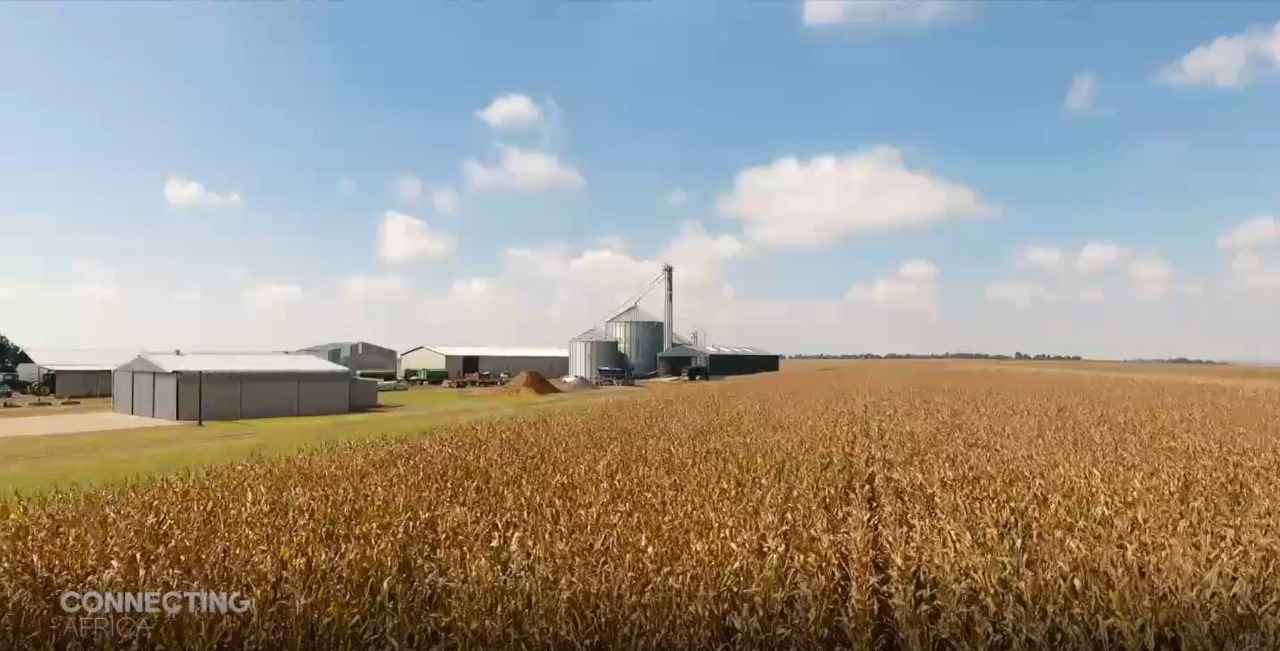 In the latest episode of Connecting Africa, CNN International’s Eleni Giokos explores Africa’s agricultural industry, meeting the people and businesses who are adding value to the agribusiness supply chain across the continent.

Agriculture is sub-Saharan Africa’s largest employer, contributing nearly a quarter of the region’s GDP. More than 60% of the population cultivates small farms, but the market still has tremendous untapped potential and Wandile Sihlobo, Chief Economist for the Agricultural Business Chamber of South Africa, believes it is time to fulfil that potential.

He tells Giokos, “Now we need to get to the stage where to say, “Let’s realise the potential.” And I think for me, it goes back to say, what is it that you need to actually be able to be a successful farmer? You need some bit of certainty in the piece of land that you are in.”

Sihlobo is a leading agricultural economist and has been researching how Africa can move from being a net food importer to an exporter. He believes that the African Continental Free Trade Area could particularly benefit the agri-tech sector, “If you look back about 20 years ago or so, the sub-Saharan Africa region was importing, spending around about $60 billion or so. And if you were to look around about 2020, that number has reduced down to around about $40 billion. And the key thing there is that we have managed to increase production in a number of countries.”

Maize is the most important staple in Africa, with the average person consuming up to 130kg per year. Giokos visits Golden Dice Foods, the first 100% black owned milling company in South Africa, where up to 90 tons of maize is processed every hour.

Having overcome challenges to establish himself in a milling industry dominated by White people, founder Xolani Ndzaba has been keen to support Black smallholder farmers and encourage them to grow into bigger commercial farms, “You find that they do have challenges around financing their stock. So it’s something that we need to work around whereby the government still needs to support them on that and training and upskilling and ensuring that the farmers, their motivation level is utilised to the fullest for them to be able to get what we require as the buyers.”

Another important crop grown in Africa is cocoa. Niche Cocoa, the largest indigenous cocoa processor in Ghana, is expanding its production. But General Manager Lloyd Ashiley reveals that most of the product is for the export market with a lack of demand for chocolate on the continent, “It will surprise you that I’m going to farms where cocoa farmers are producing our raw material, and they’ve not even tasted chocolate before because truth be told, Africa is consuming just about 1.6 kilograms per person. It’s important that we increase that to the European market, which is consuming about four kilos per person.”

Ashiley argues that adding value to the cocoa value chain, and increasing chocolate consumption in Africa, will benefit many regional food markets, “We are creating other business avenues for other ingredients that we use in producing this chocolate. We are talking about the dairy market. We are talking about the sugar. It’s imperative that we increase the production of chocolate. We increase the consumption of chocolate and we can grow other industries with us as we grew as well.”

Another company focusing on local production is Tanzania’s largest homegrown company MeTL. This billion-dollar business, with a presence in 12 African countries, pivoted from being an importer to an agro-processing giant, investing in manufacturing plants and sourcing raw materials locally. President and CEO Mohammed Dewji speaks about the importance of using local materials, “When you’re import dependent, you’re reliant on foreign exchange. So, I think the only way forward for the survival of our, continent is to be able to use local raw materials, whether it is cashew nuts into cashew kernels or cocoa beans into chocolates, to be able to prosper in Africa.”

This episode also features Nigerian e-logistics company Kobo360, which was launched with the aim of making supply chains more efficient, affordable and transparent. And finally, Giokos speaks to Wamkele Mene, Secretary General of the African Continental Free Trade Area Secretariat. Mane discusses the importance of investing in Africa’s agricultural value chains, “I think the big question for me, in my mind, is how do we actually get agriculture to be part of Africa’s industrial development? Whether we do this by establishment of regional value chains across the African continent, connecting agri-processing to manufacturing, which we already see in some parts of the continent.”