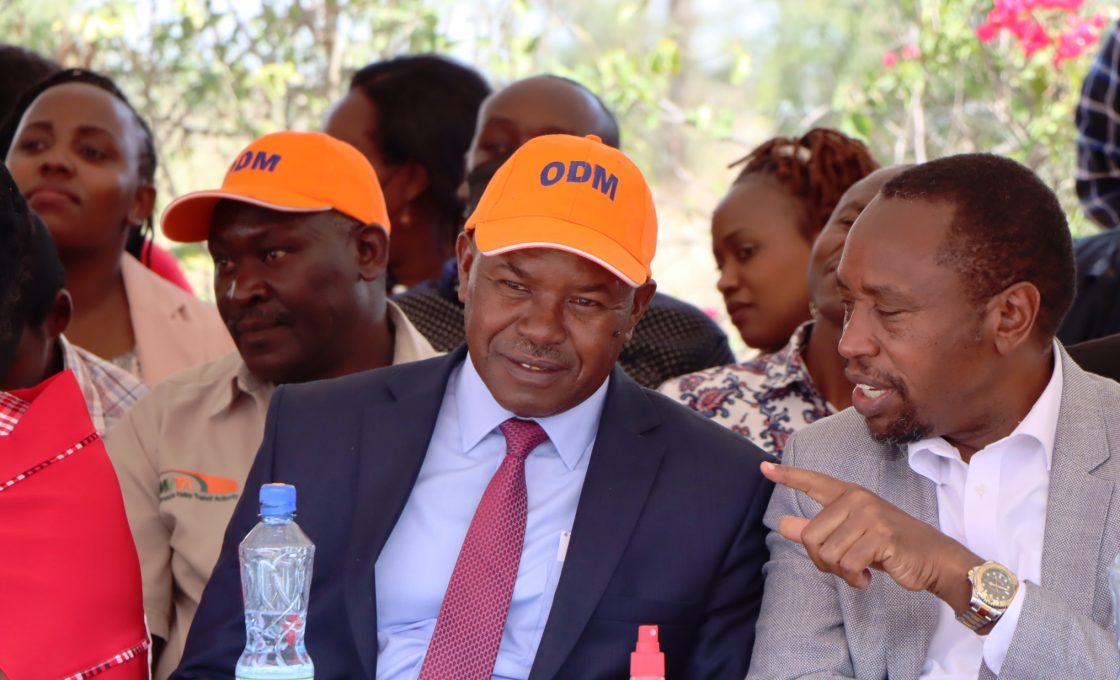 Kajiado gubernatorial aspirant David Nkedianye  intensified his tribal inclinations in the on-going campaigns over the weekend.

The out of favour politician held a rally over the weekend where his running mate Joseph Manje continued an onslaught on non-Kikuyus and non-Masaai residing in Kajiado County.

The two in a campaign trail yesterday made it clear that they will only speak for Masaai and Kikuyus and not other tribes in Kajiado.

According to sources close to the two Manje is concerned with Kikuyus living in Kajiado while Nkedianye is looking at the interest of the Maa community.

“We are working together because of the interest of the  two communities. He (Nkedianye) speaks for Masaai and I speak to the Kikuyus and that’s our Azimio,” Manje said.

The utterance have attracted criticism with many now labeling the two as tribal chiefs who can not lead Kajiado which is largely cosmopolitan area.

“We want to tell them that we have other tribes in Kajiado and if they decide to speak for the two then we don’t need them here and that’s why we are safe with current Governor Joseph Ole Lenku,” a resident in Kitengela reacted.

“Come August 9, 2022  we shall show them that Kajiado belongs to all of us…we must tell them that tribal politics will take them nowhere Lenku has preached peace and stands for True Azimio,” Rongai dweller lamented.