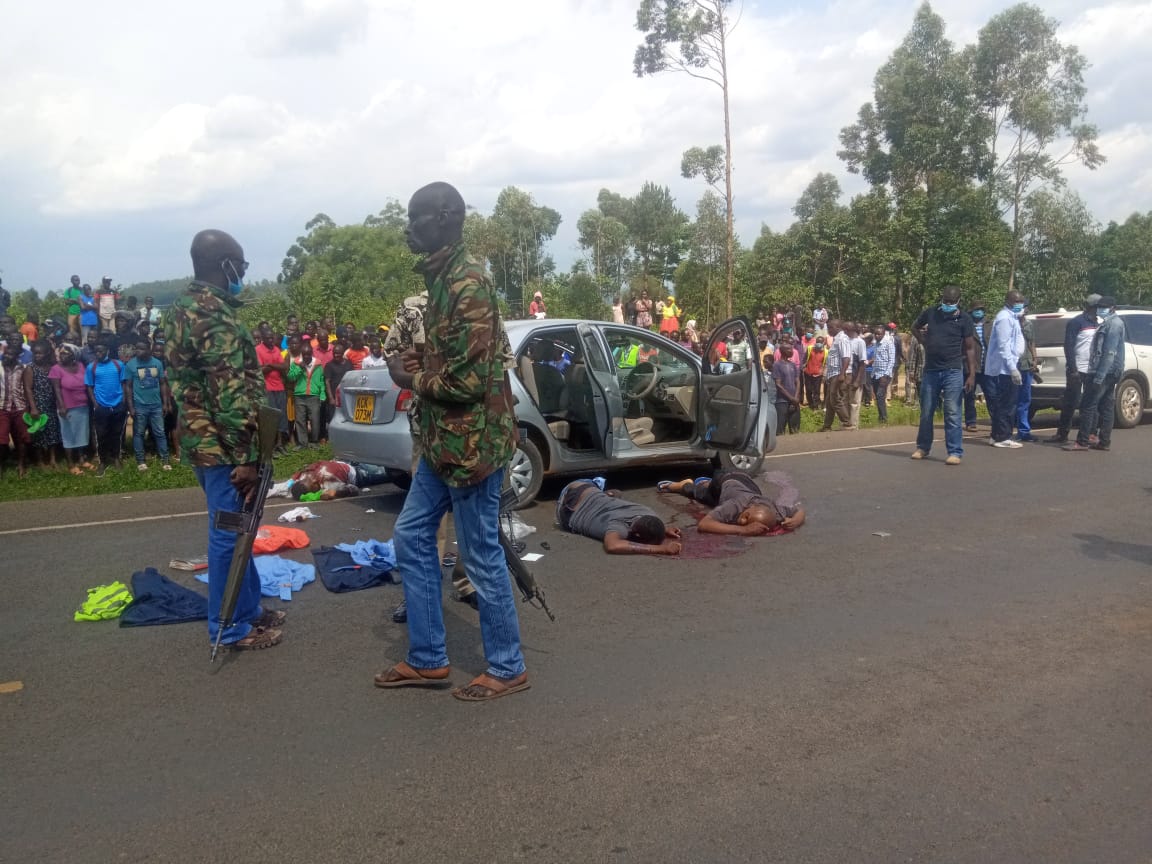 Five suspected armed thugs have been gunned down by police officers attached to elite police unit.

The incident came following a shoot-out at Makhokho Ikolomani along Kakamega -Kisumu Highway.

Reports indicates that the police has been trailing the suspects for the past one week.

Among the 5 thugs shot dead one hails from Kakamega while the remaining four were from Nairobi.

The five were on Tuesday afternoon aboard a toyota Belta while en route to an unclear destination, when they were cornered and fatally shot.

The police are reported to have tried to challenge the suspects to surrender but instead the robebers fired at them.

The law enforcement officers recovered two pistols ,police uniform, several rounds ammunition ,a radio device, a bank cheque and the vehicle they were traveling in.